The Japan Foundation, Bangkok, in collaboration with House Samyan proudly co-organize the ‘Japanese Film Festival – House Edition –’. This year we have earnestly brought a variety of 15 recent films for our cinephiles, Japanese culture, and film enthusiasts to relish the moment as much awaited and anticipated. The festival will starts from 13 to 22 November for screening at House Samyan and 20 to 29 November on online platform where audience can enjoy the film at their own ‘House’.   *The films list at House Samyan and Online platform are different unless indicated in the film description. Please follow us on event page for update about online screening information and schedule.   Event Page: https://www.facebook.com/events/394418881715155/   Cinema Ticket Price: 160 General Audience | 140 House’s Member | 120 Student *Ticket available at House Samyan’s ticket counter or House Samyan’s website.   Ticket available at:  https://www.housesamyan.com/site 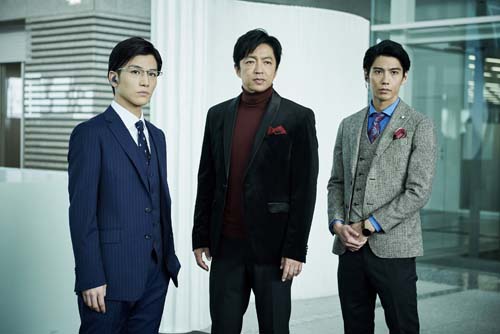 ©2019 映画「AI崩壊」製作委員会   131 min/ 2020 / Mystery, Suspense, Science Fiction, Fantasy / Directed by IRIE Yu Cast: OSAWA Takao, KAKU Kento, HIROSE Alice, IWATA Takanori   It’s a race against time! A mystery/thriller brought to you by the director of the 2017 hit movie, Memoirs of A Murderer. In 2030 the AI system that the whole nation depends on, suddenly starts to select citizens for termination. The termination will commence in 24 hours. Pursed by the police and the government and being viewed by the whole nation as a terrorist, Kiryu must solve this mystery and stop the AI he created!   Gone Wednesday 水曜日が消えた SHOW TIME: 15 Nov (Sun) 14:50 | 19 Nov (Thu) 18:40 | 22 Nov (Sun) 17:10

© 2020 “Gone Wednesday” Film Partners | © 2020 NIPPON TV / NIKKATSU   104 min/ 2020 / Drama, Thriller / Directed by YOSHINO Kohei Cast: NAKAMURA Tomoya, ISHIBASHI Natsumi, FUKAGAWA Mai   Seven personalities sharing the same body, each living on a different day of the week. They record their activities and leave notes for each other, in order to live in harmony. However, everything changes when “Tuesday” wakes up on a Wednesday. “Wednesday” has gone missing. Living two days in a row gives “Tuesday” a new lease of life, but his happiness is short-lived, as he begins to slip in and out of consciousness. His other selves also seem to have disappeared. His blackouts become more frequent, as if his existence is fading away. Will he disappear, just like “Wednesday” did?    Howling Village 犬鳴村 SHOW TIME: 13 Nov (Fri) 19:40 | 15 Nov (Sun) 20:00 | 21 Nov (Sat) 20:00 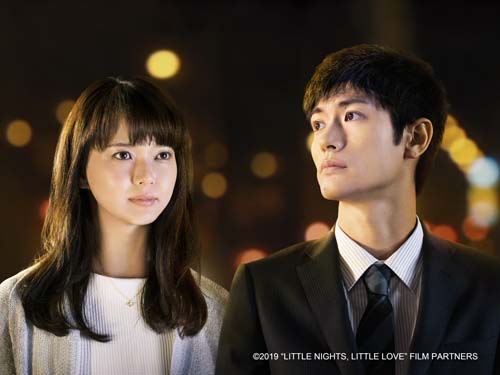 119 min/ 2019 / Drama, Romance / Directed by IMAIZUMI Rikiya Cast: MIURA Haruma, TABE Mikako, HARADA Taizo **This film will be available on online screening.   Market researcher Sato is a dreamer who hopes for a dramatic encounter for his love life. When he is conducting a survey on the street which no one pays attention to, an attractive woman agrees to answer. Could this be the one he is looking for? Inspired by a boxing champion fighting tough, a collection of interrelated characters – friends of Sato and their children, his colleague given up by a wife and his daughter, a bullied boy and his sister – intertwine in 10 years, serenading miraculous love stories.   Mio on the Shore わたしは光をにぎっている SHOW TIME: 16 Nov (Mon) 19:30 | 19 Nov (Thu) 14:35 | 21 Nov (Sat) 15:05 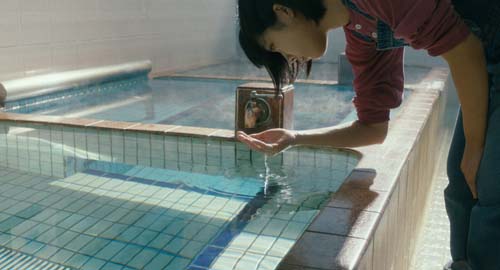 © 2019 WIT STUDIO / Tokyo New Cinema   96 min/ 2019 / Drama / Directed by NAKAGAWA Ryutaro Cast: MATSUMOTO Honoka, WATANABE Daichi, TOKUNAGA Eri, YOSHIMURA Kaito, MITSUISHI Ken   Miyagawa Mio lost her parents when she was young, and she runs a lakeside inn with her grandmother. However, her grandmother’s hospitalization forces her to close the inn, and she heads to Tokyo with her hopes pinned on Misawa Kyosuke, who was a good friend of her father’s. She helps out at the public bath that he runs, and ends up living there.   Not Quite Dead Yet 一度死んでみた SHOW TIME: 14 Nov (Sat) 16:45 | 17 Nov (Tue) 20:05 | 20 Nov (Fri) 14:35 | 22 Nov (Sun) 15:10

© 2020 Shochiku Co., Ltd. Fuji Television Network, inc.   93 min/ 2020 / Comedy / Directed by HAMASAKI Shinji Cast: HIROSE Suzu, YOSHIZAWA Ryo, TSUTSUMI Shinichi   College student Nanase can’t stand her father Hakaru, who is the president of a pharmaceutical company, and she vents her upset by telling him to “just die!” One day, Hakaru takes medicine that makes you die for two days only. Nanase frantically tries to rescue him from a rival company’s conspiracy to have him cremated.   One Night ひとよ SHOW TIME: 14 Nov (Sat) 20:25 | 20 Nov (Fri) 19:15

© 2020 “One Summer Story” Film Partners | © Rettou Tajima／KODANSHA   138 min/ 2020 / Drama / Directed by OKITA Shuichi Cast:  MATSUMOTO Honoka, WATANABE Daichi, TOKUNAGA Eri, YOSHIMURA Kaito, MITSUISHI Ken   Minami Sakuta, a 2nd year high schooler, swims for the school team. She is practicing backstroke one day in the school pool just before the summer vacation when something grabs her attention on the rooftop. It’s a picture of Koteko with a trowel (the protagonist of a cult TV anime series, “Buffalo Koteko is the Magical Plasterer”). Minami is a big fan of the series as is its artist, Shohei Moji (another 2nd grader) who is in the calligraphy club. The youngest son of a calligraphy instructor, Shohei is an avid Koteko fan and is drawing Koteko on a large panel on the school rooftop.   Minami doesn’t remember her biological father but lives happily with her mom, younger brother and stepdad. A year ago, Minami received a strange handwritten talisman from an anonymous sender. Shohei asks his brother to help solve the mystery as she had been a part-time detective. She succeeds and in the process finds Minami’s biological father, Tomomitsu Waragai who turns out to be a cult founder. Minami pretends to go on a school swimming trip so she can visit her father who lives in a seaside town. Shohei can’t stop worrying about Minami as the adventure of her life begins.   Silent Rain 静かな雨 SHOW TIME: 13 Nov (Fri) 17:40 | 16 Nov (Mon) 17:35 | 22 Nov (Sun) 17:40

© 2019 Silent Rain Production Committee / Natsu Miyashita, Bungeishunju   99 min/ 2019 / Romance / Directed by NAKAGAWA Ryutaro Cast: NAKANO Taiga, ETO Misa   Biological archeology research assistant Yukisuke meets Koyomi, who single-handedly runs a traditional sweets shop, and they gradually get to know each other. But, one morning she loses consciousness in a traffic accident. She miraculously comes to, but she is left with the disability of only retaining memories for each day, which she forgets upon waking the next morning.   Step ステップ SHOW TIME: 15 Nov (Sun) 16:50 | 19 Nov (Thu) 16:25 | 21 Nov (Sat) 17:45 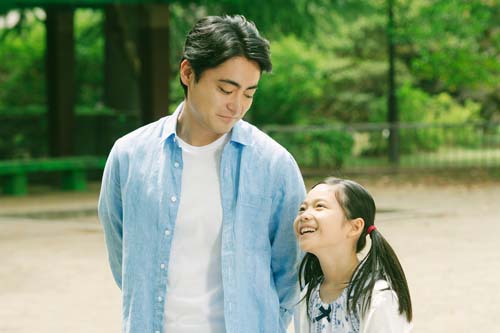 © 2020 映画『ステップ』製作委員会   118 min/ 2020 / Drama / Directed by IIZUKA Ken Cast: YAMADA Takayuki, HIROSUE Ryoko, YO Kimiko, KUNIMURA Jun   Kenichi’s wife Tomoko died when she was only 30 years old, in the third year of their marriage, and he decided to bring up their daughter Miki on his own. Although they advise Kenichi to marry again, Tomoko’s parents have mixed feelings as they want to keep their granddaughter Miki close. Kenichi worries about whether he ought to remarry for his daughter’s sake, but can’t take that step when he thinks about how his parents-in-law would feel. He devotes his life to his daughter, but time passes and he meets someone.   Stolen Identity スマホを落としただけなのに SHOW TIME: 15 Nov (Sun) 17:45 | 21 Nov (Sat) 15:30 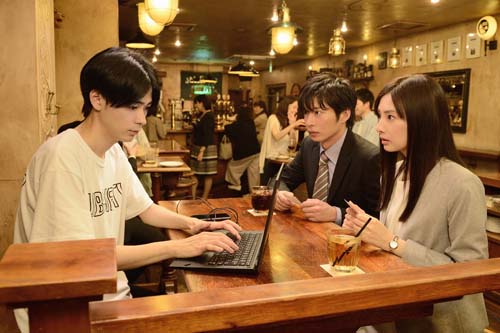 © 2018 “Stolen Identity” Film Partners   116 min/2018/ Mystery / Directed by NAKATA Hideo Cast: KITAGAWA Keiko, CHIBA Yudai, NARITA Ryo, TANAKA Kei **This film will be available on online screening.   One day, Asami calls her boyfriend, but a stranger answers the phone. He explains he found her boyfriend’s phone, and returns it a few days later. Since then, strange things keep happening to Asami. She is now a target of a serial killer who gradually exposes her secret.   Takeshi Yashiro Stop Motion Animation: 八代健志ストップモーションアニメーション： **This film will be available on online screening. SHOW TIME: 15 Nov (Sun) 15:45 (Screening of 4 animations) Gon, The Little Fox ごん 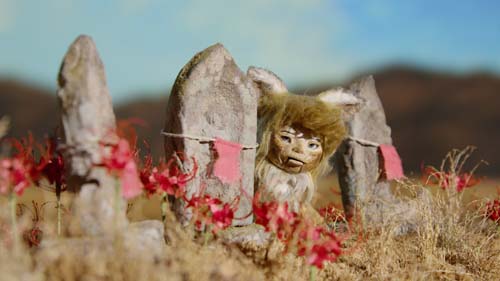 ©︎TAIYO KIKAKU Co., Ltd.／EXPJ, Ltd   2015 / 27 min / Animation / Directed by YASHIRO Takeshi   When Gon, a playful orphaned fox, finds that young Hyoju has lost his mother, he tries to comfort him and make amends for his own earlier mischiefs by secretly bringing small gifts to the boy every day. But Hyoju doesn’t realize who is behind the anonymous gifts, and the two are headed for a heartbreaking climax.   Moon of a sleepless night 眠れない月の夜 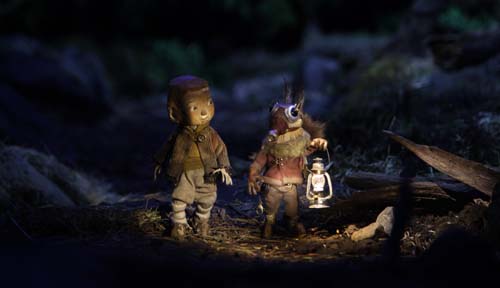 ©︎TAIYO KIKAKU Co., Ltd.／EXPJ, Ltd   2015 / 27 min / Animation / Directed by YASHIRO Takeshi   A squirrel and a boy set out on a journey together to restore daylight. They must find and release the moon stuck high up on a tree somewhere far, far away.   NORMAN THE SNOWMAN -The Northern Light- ノーマン・ザ・スノーマン～北国のオーロラ～

©︎TAIYO KIKAKU Co., Ltd.／EXPJ, Ltd   2013 / 25 min / Animation / Directed by YASHIRO Takeshi   As the first snow falls on a town in the northern country, a boy sneaks out of his house to board a northbound train with his friend “Norman the Snowman.” They are off to witness the beautiful wonders of nature that Norman had always talked about.   NORMAN THE SNOWMAN -On a Night of Shooting Stars- ノーマン・ザ・スノーマン～流れ星のふる夜に～ 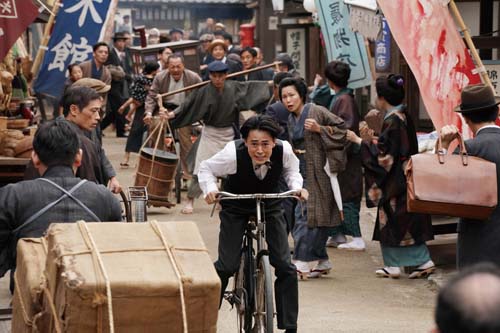 © 2019 TALKING THE PICTURES Production Committee   126 min/ 2019 / Comedy, Historical / Directed by SUO Masayuki Cast: NARITA Ryo, KUROSHIMA Yuina   Shuntaro hopes to become a katsudo benshi and wanders his way to a small town cinema. However, the cinema is desolate as its customers are being drawn away by a theater in a neighboring town. The workers, too, are a peculiar lot from the over-confident benshi to the slave-driving husband & wife who own the theater. Amid his days doing nothing but chores, a riot breaks out which also embroils the police.   Tora san, Wish You Were Here 男はつらいよ お帰り 寅さん SHOW TIME: 14 Nov (Sat) 18:15 | 18 Nov (Wed) 17:35 | 22 Nov (Sun) 15:30 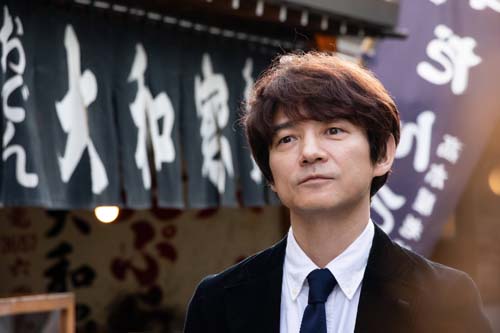 © 2019 Shochiku Co., Ltd.   116 min/ 2019/ Drama / Directed, Original Story and Screenplay by YAMADA Yoji, Cast: ATSUMI Kiyoshi, BAISHO Chieko, YOSHIOKA Hidetaka   Kurumaya was once a traditional sweets shop along the approach to Shibamata Taishakuten temple, but has turned into a cafe. The living quarters behind the shop are just as always, and the people gathered to mourn the seventh anniversary of the death of the wife of Torajiro’s nephew Mitsuo reminisce about old times.   Voices in the Wind 風の電話 SHOW TIME: 13 Nov (Fri) 15:05 | 18 Nov (Wed) 19:55 | 22 Nov (Sun) 19:40 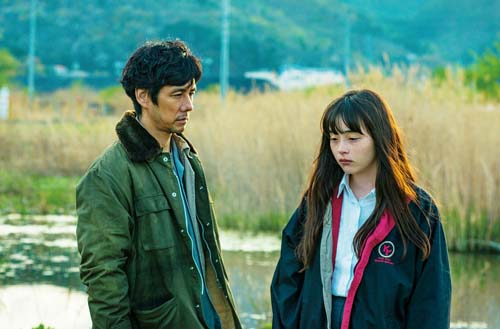 © 2020 The Phone of the Wind Film Partners   139 min/ 2020/ Drama / Directed by SUWA Nobuhiro Cast: MOTOLA Serena, NISHIJIMA Hidetoshi, NISHIDA Toshiyuki, MIURA Tomokazu   “I’m going to stay alive. When I come to meet you, I’ll be a really old lady. Look forward to it.”   In her search for answers, 17-year-old Haru sets out on a long journey across the country to the town where, in 2011, the devastating tsunami swept away her brother and parents. This road trip takes the young woman, who is still haunted by her loss, from Hiroshima to Tokyo and Fukushima and all the way to Ōtsuchi, where her family home once stood. On the way she encounters other people, other stories, other lives and other losses. Landscapes and faces. The journey ends in the middle of a garden in full bloom among the scarred surroundings of her coastal hometown. In it stands a telephone box which, even though it is no longer connected, is used to speak to those who cannot be reached any other way.