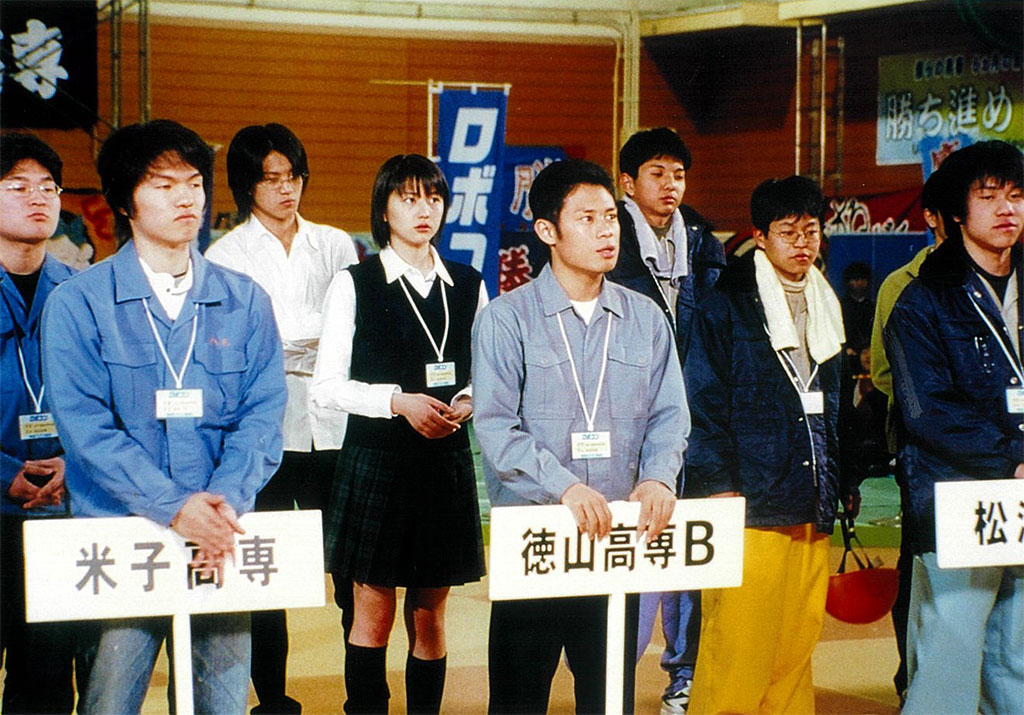 Satomi (Nagasawa Masami) aimlessly attended a vocational school and became a member of the robot club by chance. There were two robot clubs at her school. The club, which Satomi belonged to participated in a local contest, but could not even pass the first stage.  However, their unique idea was praised and they were invited to attend the National Robot Contest. Satomi burned  with passion for the contest not to be disgraced in public and the fruits of their labour  won them the champion ship.

HIROKI, the only son of Buddhist priest, is in high school. His Mother, TATSUKO, follows him around nagging him to study or practice the piano. TACHIBANA YURIKO, is the girl of his dreams. She attends the girls’ school near the temple where HIROKI lives, and practices Chopin on the piano after school. He Gazes at her through his new telephoto lens, and admires and lonesome look of her profile.

Hatsu came to town as a housemaid. She became a good friend with Katsumi, the second son of the family. Katsumi had been secretly taking care of a dog in the shed. One day, the secret that Katsumi was keeping a dog was revealed. Hatsu insisted on keeping the dog, and Mrs. Kajiki gave her consent but when the dog was moved to the doghouse, the rag under the dog turned out to be Mrs. Kajiki’s missing overcoat. Hatsu promised the boy that the secret would be kept but was found out by Mrs. Kajiki.