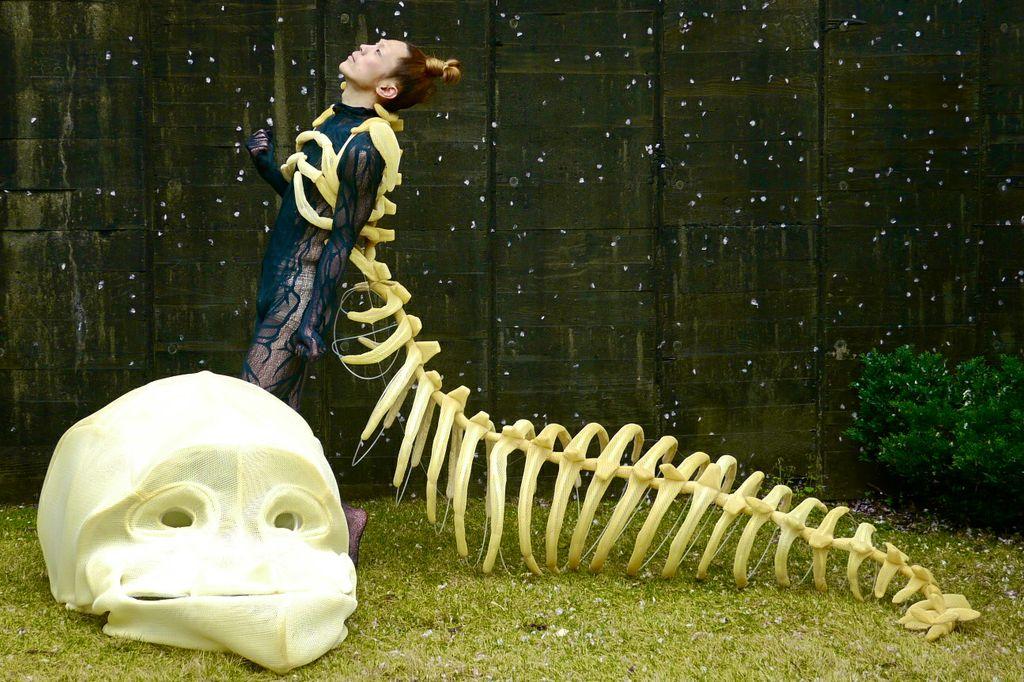 The Japan Foundation, Bangkok, presented “LIVE BONE”, a dance performance by Kaiji Moriyama, Kodue Hibino and Kohske Kawase as a part of the very first Bangkok International Children’s Theatre Festival 2016 (BICT Fest.). The performance was held at Bangkok Art and Culture Centre (BACC) from Saturday 2nd July to Sunday 3rd July 2016, along with a workshop for children from Kaiji Moriyama on Thursday 30th June 2016 at Sodsai Pantoomkomol Center for Dramatic Arts at Faculty of Arts, Chulalongkorn University. Also, a gala performance was held on Friday 1st July for the press and invited guests.

LIVE BONE is the united work of three creators, Dancer/Choreographer: Kaiji Moriyama, Costume artist; Kodue Hibino, and Composer; Kohske Kawase.  They are a powerful tag-team from a famous segment in the TV program “Karada de Asobo” (Let’s get movin’!) on NHK (Japan’s National TV).  The goal of LIVE BONE is themed on body parts, their functions and soul, sending a broad message covering life and death of a living.

Opening this performance with the theme of “bones”, Moriyama enters the foyer clad in a surreal skeleton costume featuring a long tail and enormous skull.  He shocks and delights audiences with his visceral and energetic movement. Then, he proceed to work his way through all the organs of the body, fluidly adding and removing different costumes as he showcases his signature combination of flexible bending movements and sharp, sword-like choreography.  Audience members of all ages from babies to elderly connect instantly with Moriyama’s performance and easily engage with all the concepts being presented. Yet, LIVE BONE show is unique and fun. It has gotten to people’s hearts, got stars in every audience’s eyes after the show. 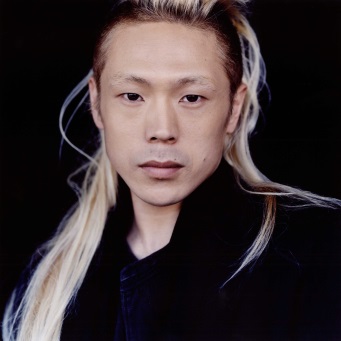 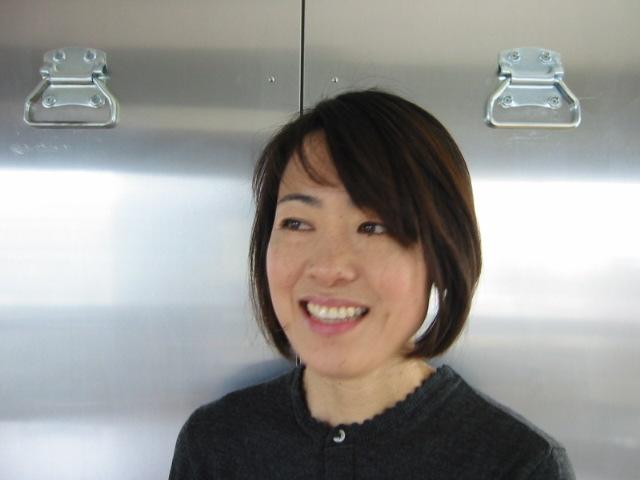 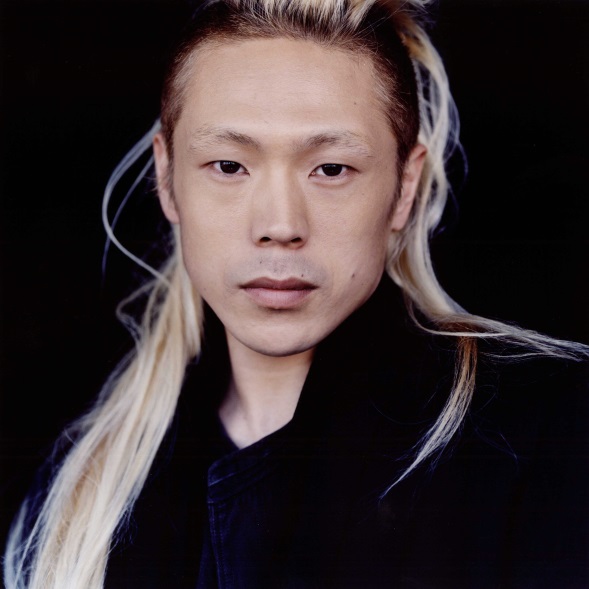 Kaiji Moriyama first began his career with a musical theatre company in Japan, and moved to the world of professional choreography. He was acclaimed for his performance at the 2001 Edinburgh Fringe Festival, where he was described by Kelly Apter of The Scotsman as “One of the most talented dancers at this year’s Fringe. It’s worth going for him alone.” He was selected to represent Japan at the Little Asia Dance Project with his piece “Lamazuella”, and also toured to Australia, Hong Kong, Taipei, Seoul and Tokyo. In January 2005, his U.S. solo debut “Katana”(sword) was reviewed by Anna Kisselgoff of The New York Times as “a dance of amazing concentration by an amazing dancer”.

Kaiji is unique as an artist in that he has expanded his creative horizons and branched into other fields. He has appeared in high-profile TV commercial films, and his first film project; “Cha no Aji” (The Taste of Tea), directed by Katsuhito Ishii, was the first Japanese film to open Director’s Week at the 2004 Cannes Film Festival. Since April 2004, he has appeared on NHK Japan’s public broadcasting station, “Karada de Asobo” (Let’s get movin’!), which is an innovative TV program for kids, broadcasted nationwide every day. Kaiji’s style has been compared to a sword, tearing through space with a smoothness and sensitivity which crosses over generational boundaries. 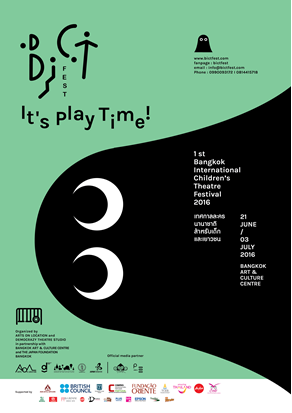 BICT Fest 2016 was the first international festival of performing arts for children and young people in Thailand, and one of only a handful of such events in Southeast Asia. The festival presented performances from Thailand, acclaimed international works, and a range of activities, seminars and workshops. The Festival took place in late June until early July 2016 at BACC. For more information, please visit https://www.facebook.com/bictfest/

Articles about the performance

GALA Performance (For press and invitation only)

*Audience with infants can participate in the performance of “Alibabach”*

Duration: 40 mins (Full version) ‖ Photography is only allowed on the gala performance.

**This performance is suitable for all ages.

“Let’s do the handwashing dance!”

In this workshop, Kaiji Moriyama taught everyone the fun and useful “World handwashing dance”. This dance was choreographed and performed by Kaiji himself for the Japan committee for Unicef, and has been broadcasted on Japan’s national children’s TV show on NHK for 7 years. Kids had fun with the dance and also learned about the importance of washing their hands. Not to worry about remembering choreography, it’s all about having fun while moving your body. With clean hands! You can check out the dance here. https://www.youtube.com/watch?v=su9k68y3hsA

Organized by The Japan Foundation, Bangkok as a part of Bangkok International Children’s Theatre Festival 2016 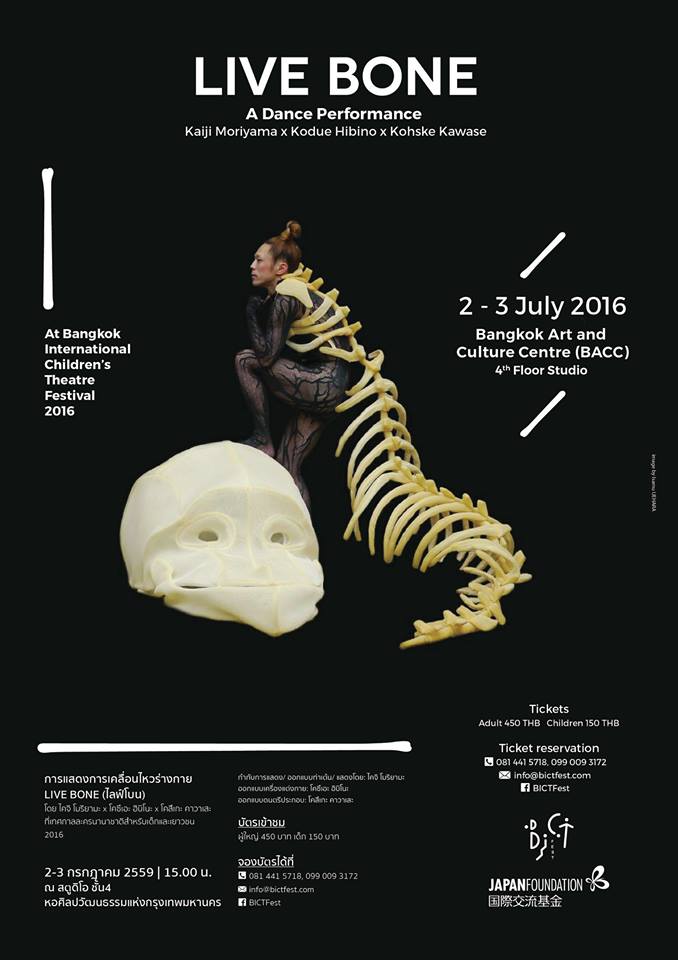 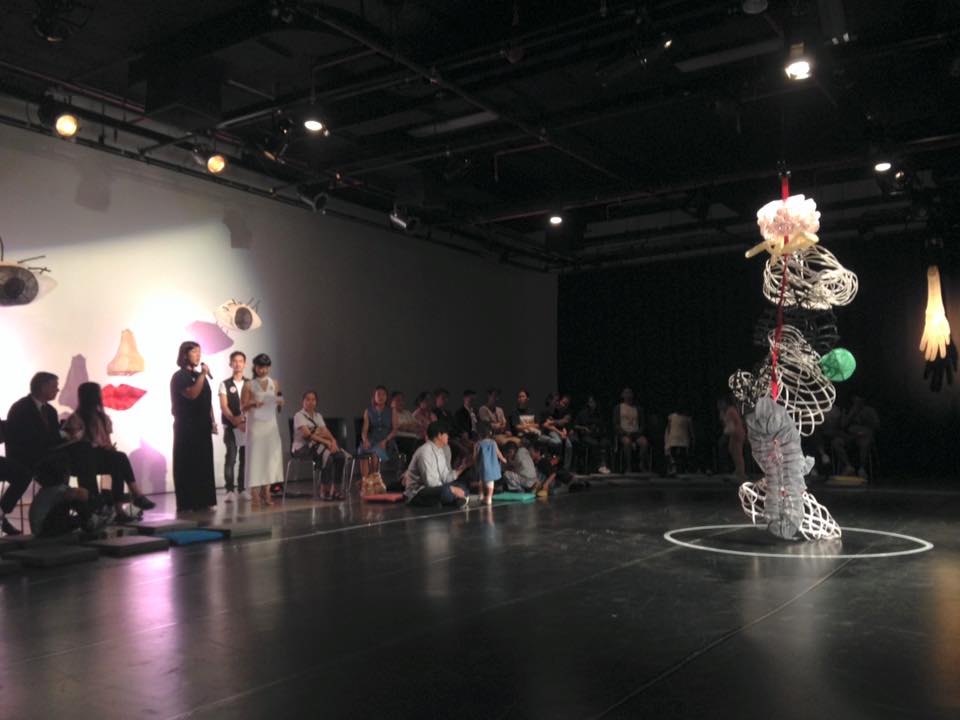 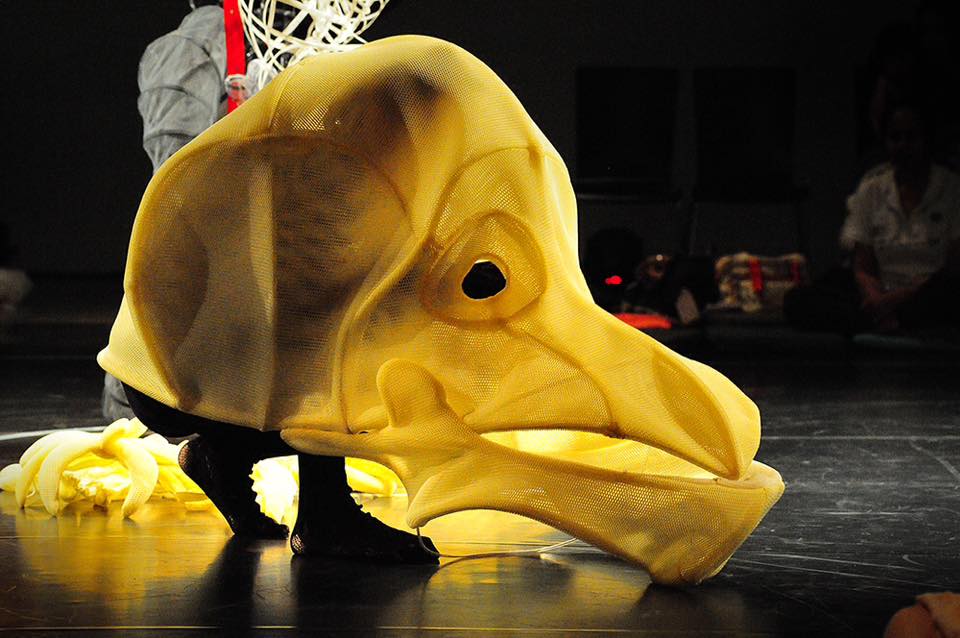 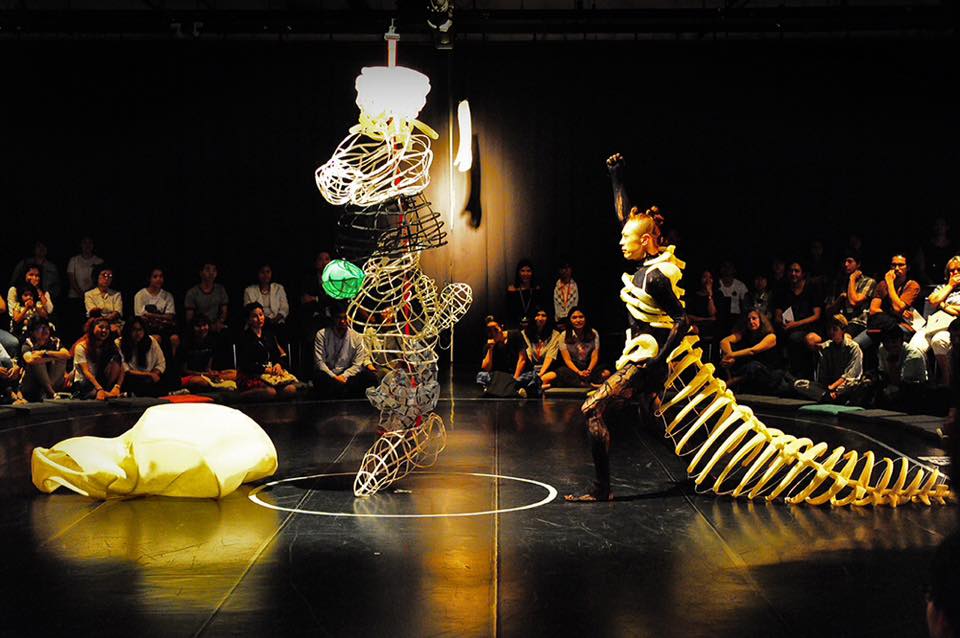 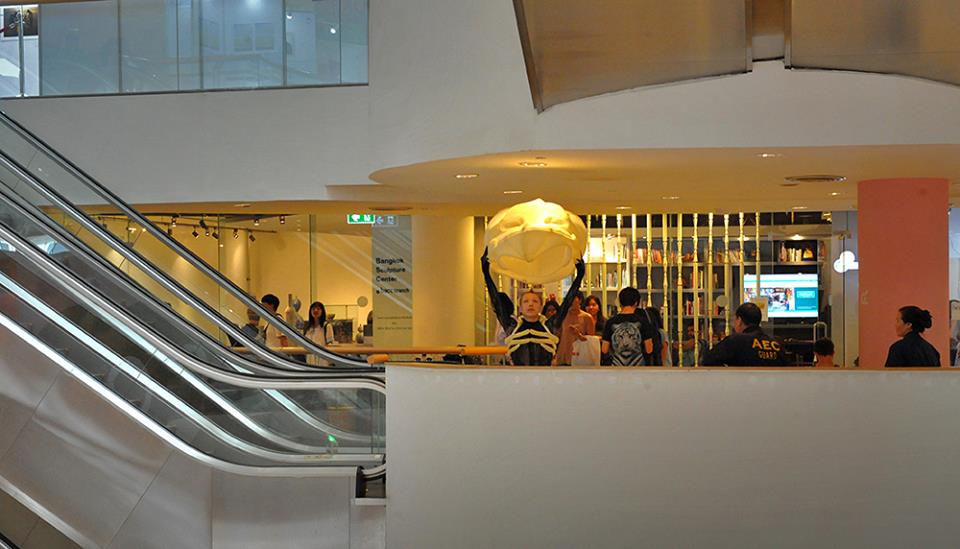 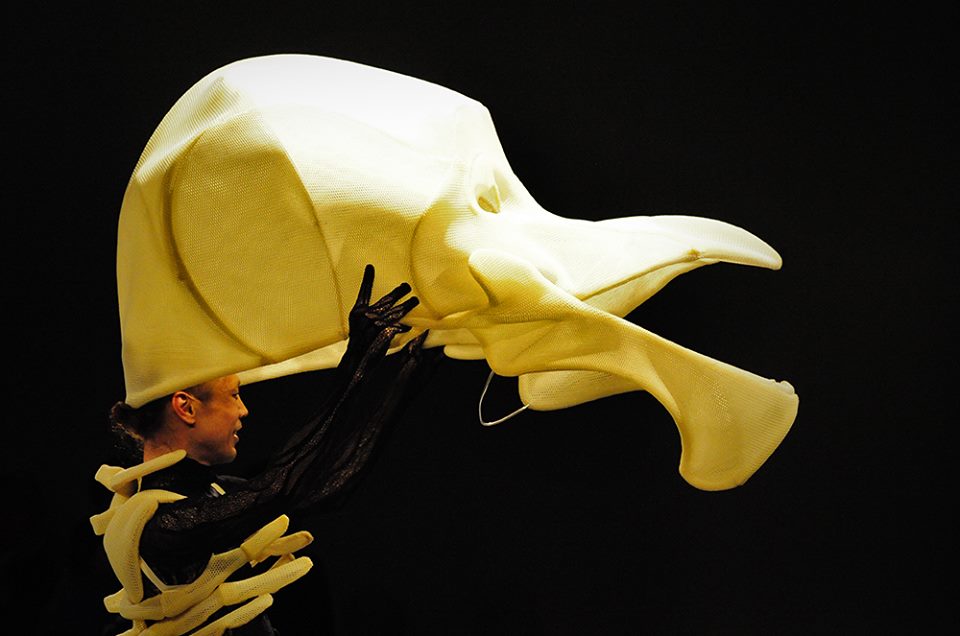 Full performance of LIVEBONE; with the infamous skeleton costume created by Kodue Hibino. 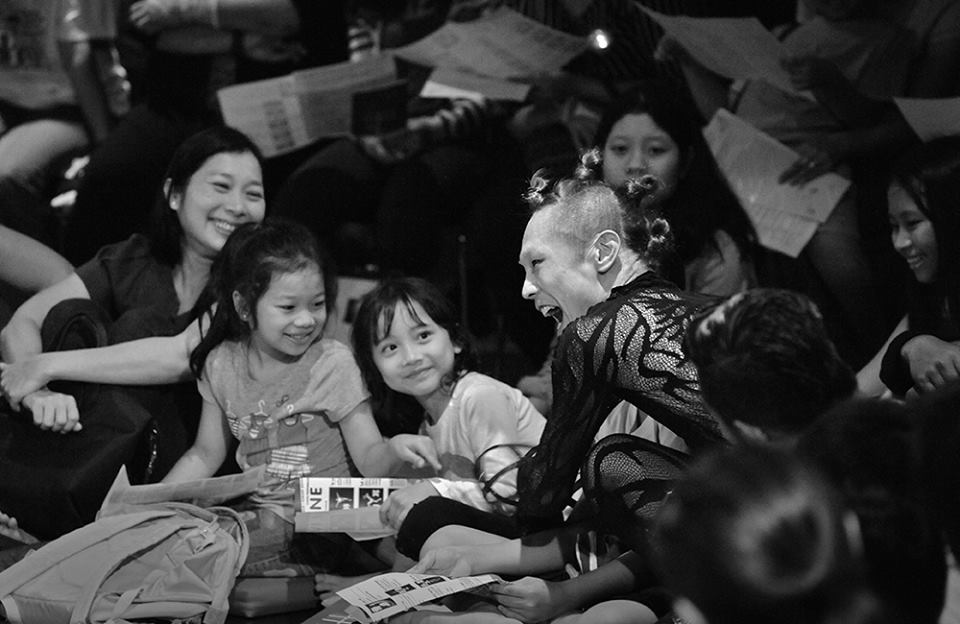 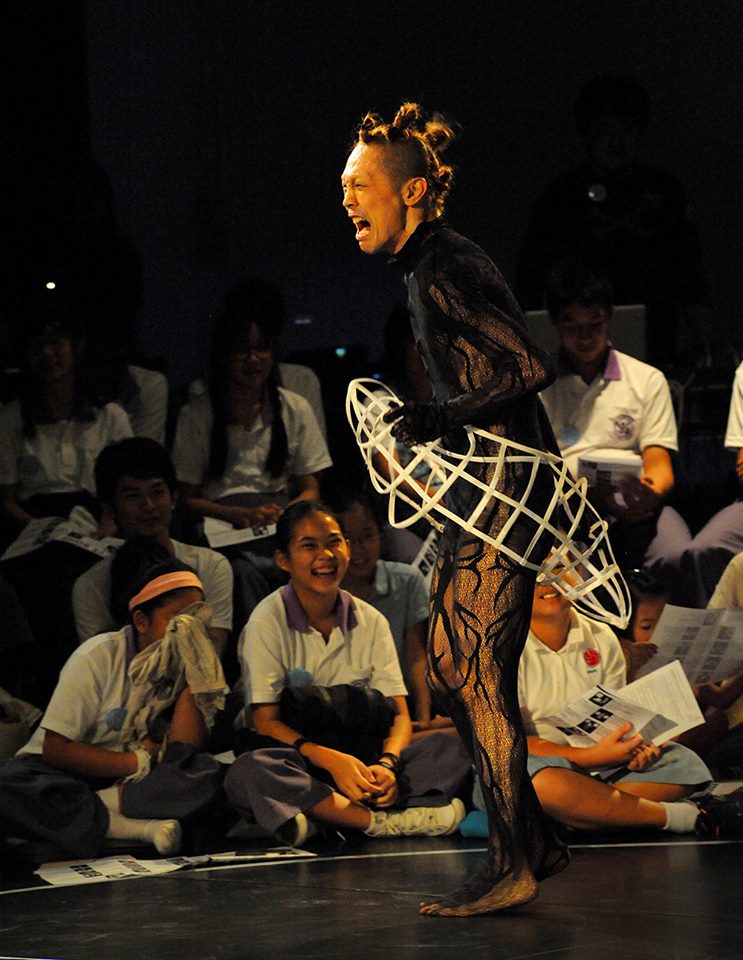 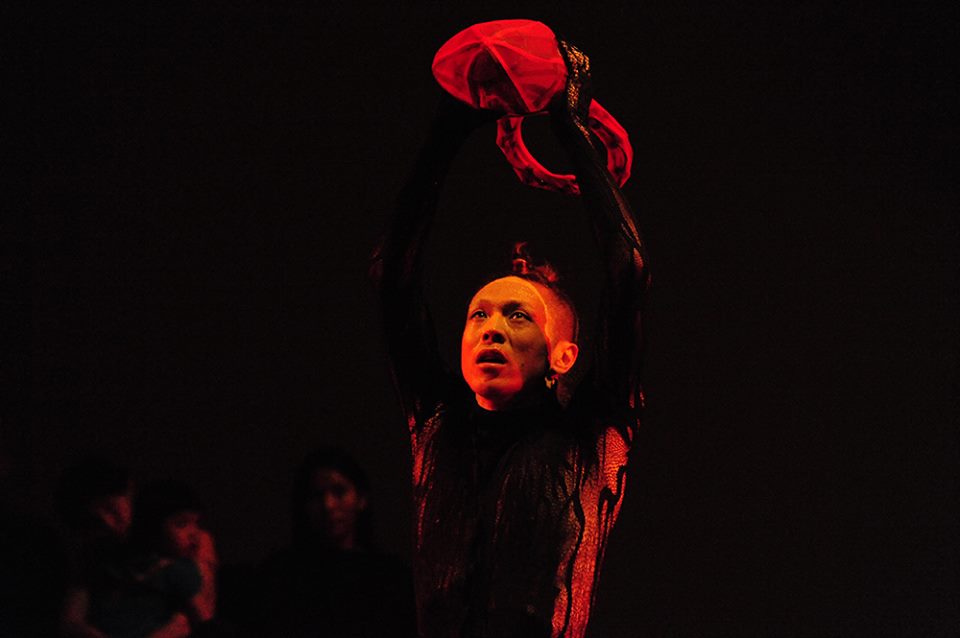 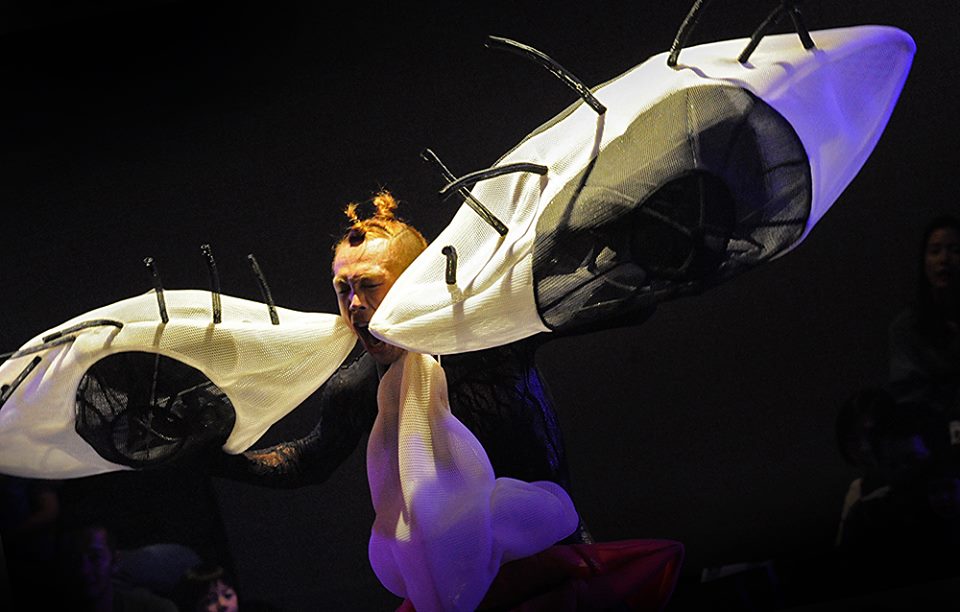 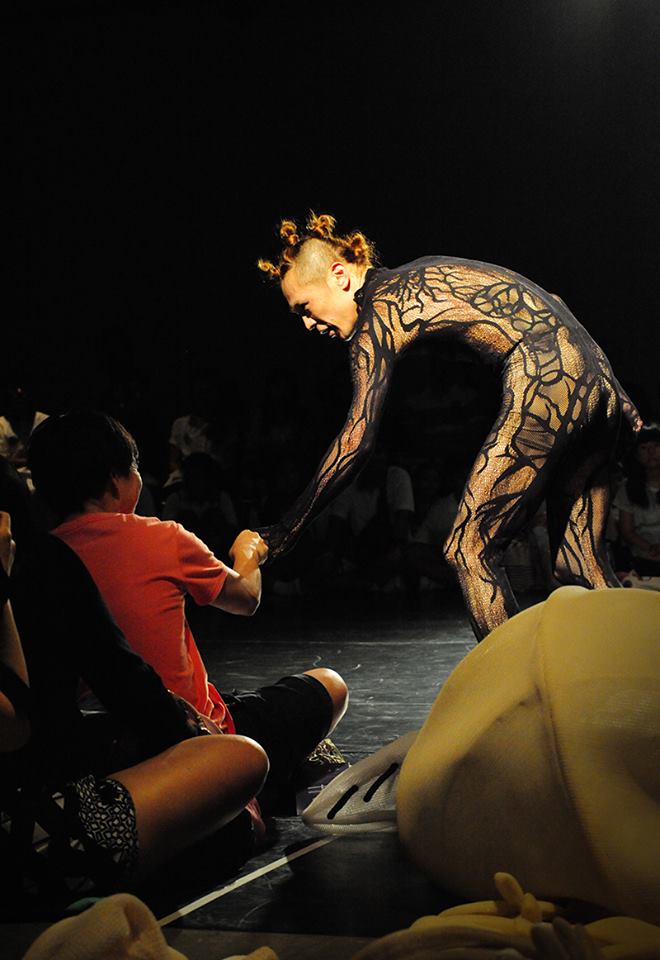 Audience interaction during the full performance of LIVEBONE. 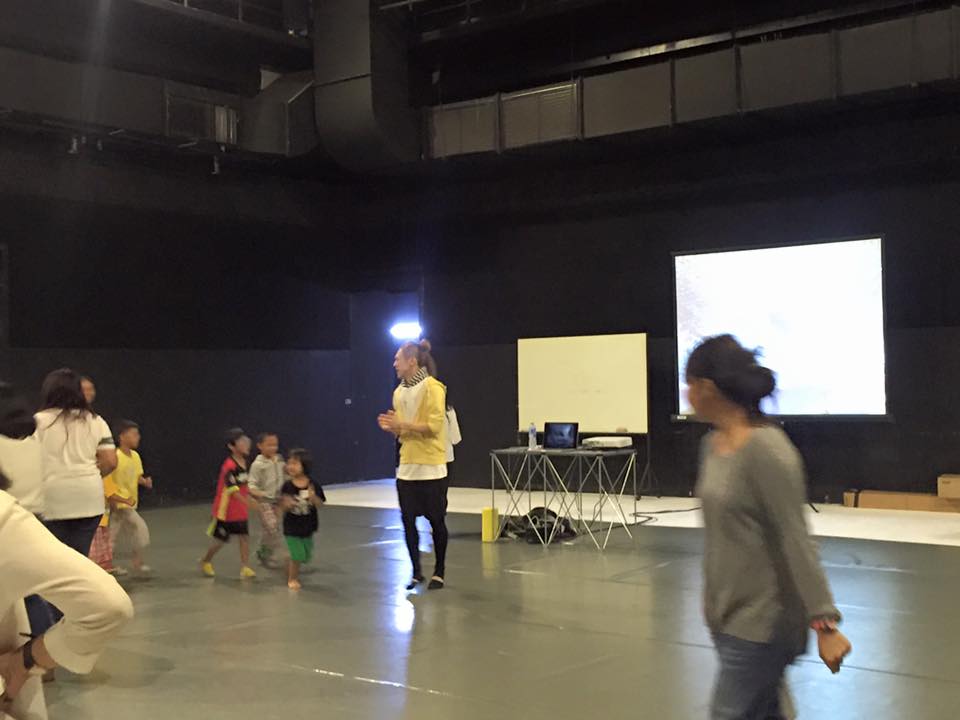 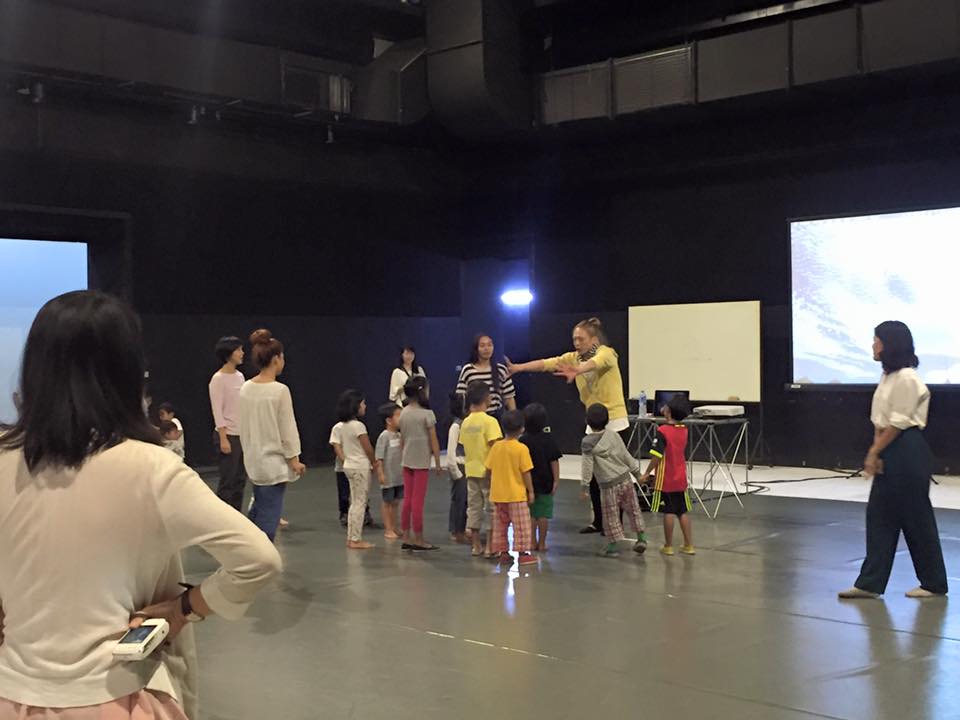 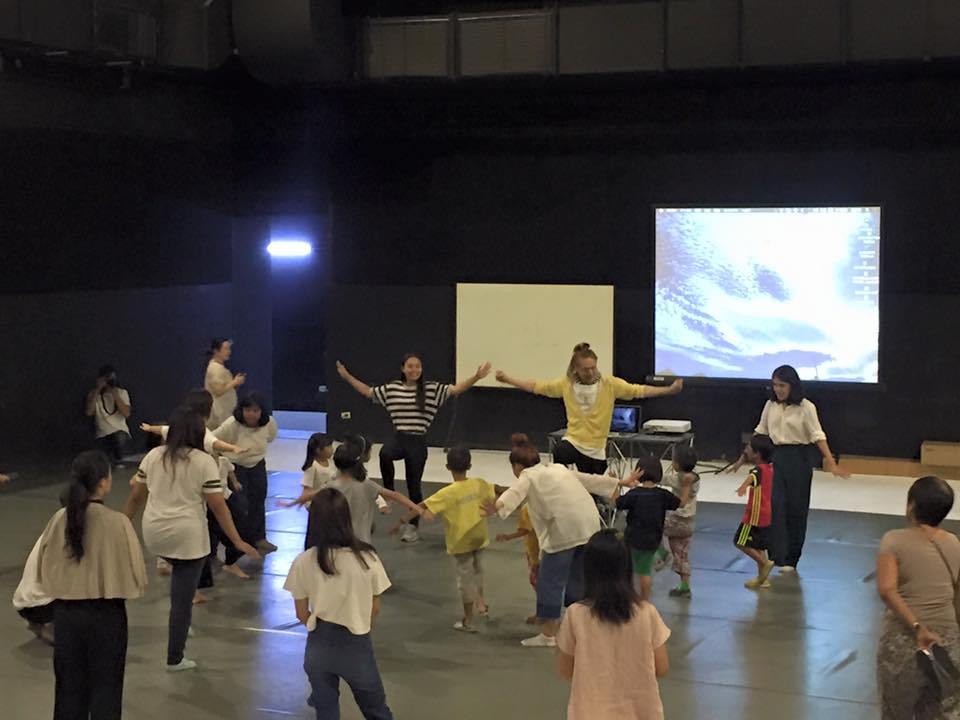 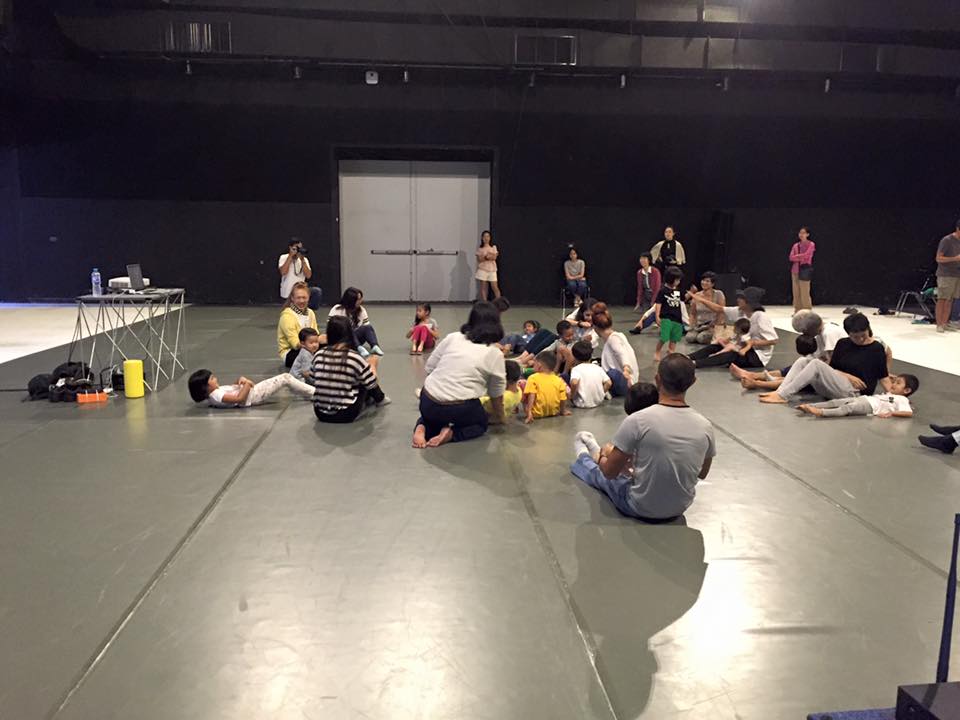