Chaiyosh Isavorapant received the scholarship from the Japanese Government Scholarship (Monbukagakusho: MEXT) during 1989 – 1996 and graduated his Bachelor’s and Master’s degrees in architectural history at Waseda University in 2005. Since then, he has continued his research on Japanese art and culture until today. His publication works include the first Thai book about Japanese garden, “Snow, Moon, Flower: Japanese Garden” and the book on Hokusai’s biography and works, “Katsushika Hokusai.” He also has been doing research on art museums and art festival in Japan and giving lectures in universities across Thailand on art, architecture and Japanese garden for over 20 years. 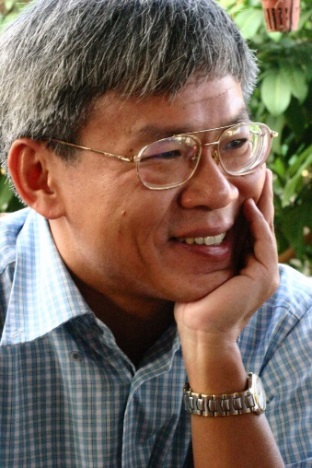 Prasert Palitponganpim, M.D., Psychiatrist, graduated from Sahapanich School, Premrudeesuksa School, Suankularb Wittayalai School, Faculty of Medicine of Siriraj Hospital and Somdet Chaopraya Hospital and has worked as a psychiatrist since 1989. His interest in comics began when he was at very young age starting with ‘Gomin Gumarn,’ ‘Walt Disney Magazine’ which was 2 baht then, as well as Thai magazines such as ‘Dek Kao Nar’, ‘Kong Nar Larleung’ and ‘Weeratham Weekly Magazine’. At that time, he barely read Japanese comics which were very rare and costly. His interest in reading Japanese comics developed when he entered the medical school. The titles he read were various such as ‘Doraemon’, ‘Fist of the North Star’, ‘Cobra’ and ‘Dragon Ball’. He began writing critiques on comics in 1996 as requested by the ‘Life & Family’ magazine’s editor, Ms. Subhawadee Harnmethee. In that year, he wrote critiques on Japanese comics such as ‘Detective Conan’ and ‘JoJo’s Bizarre Adventure’ which was monthly published and the column was named ‘Cartoon Ga Luk Rak – Comics and Children’. A few months later, Mr. Sathien Chantimathorn from ‘Matichon Weekly’ contacted and requested him to write for a weekly column ‘Cartoon Thiruk – Comics My Love’ which has still been published until now for 22 years, equivalent to a total of 10 issues. 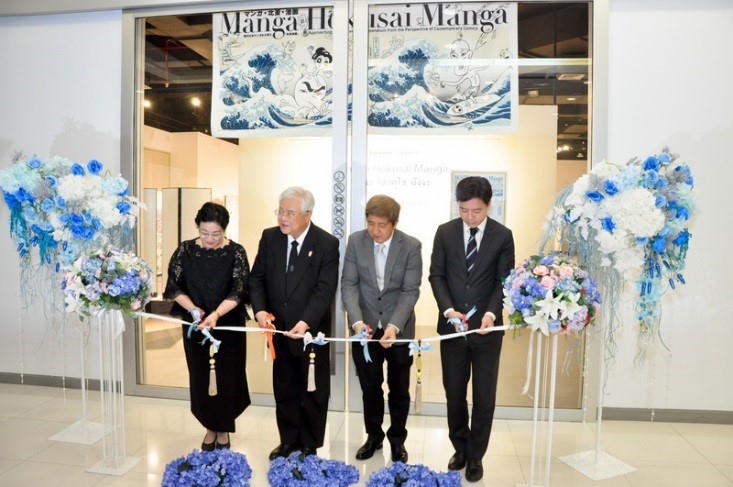 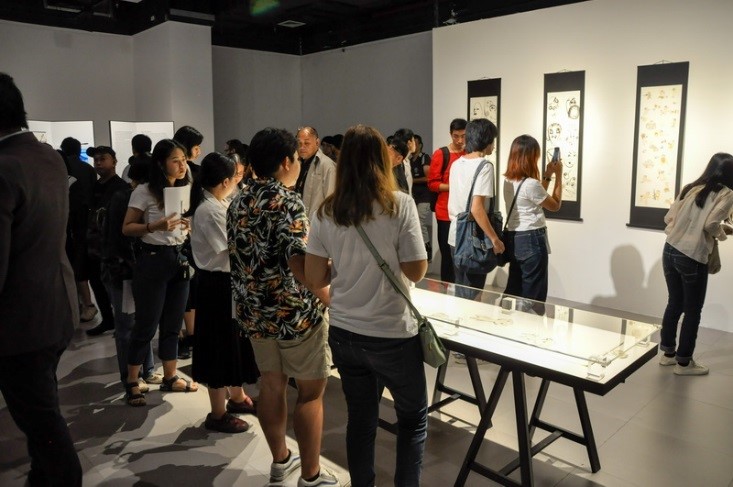 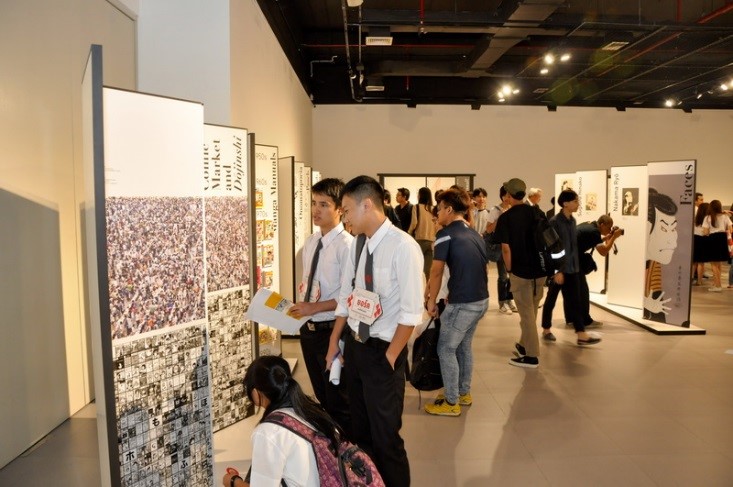 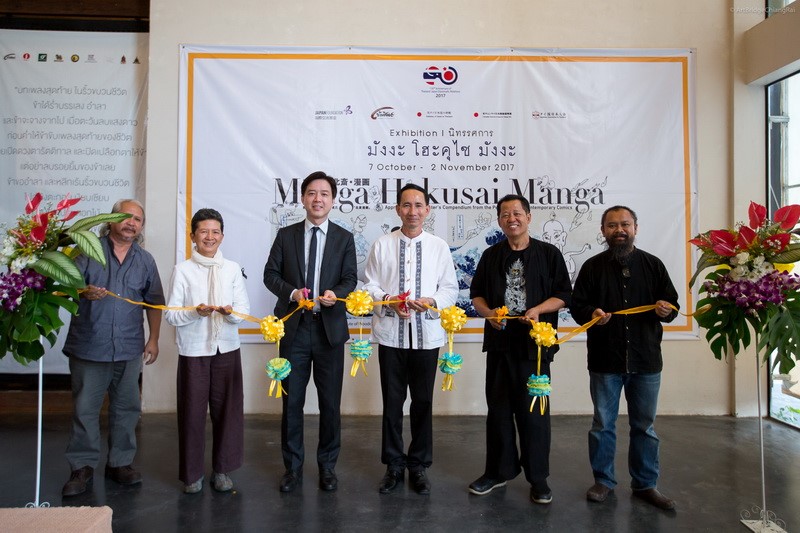 Opening ceremony of the exhibition at Artbridge Chiang Rai 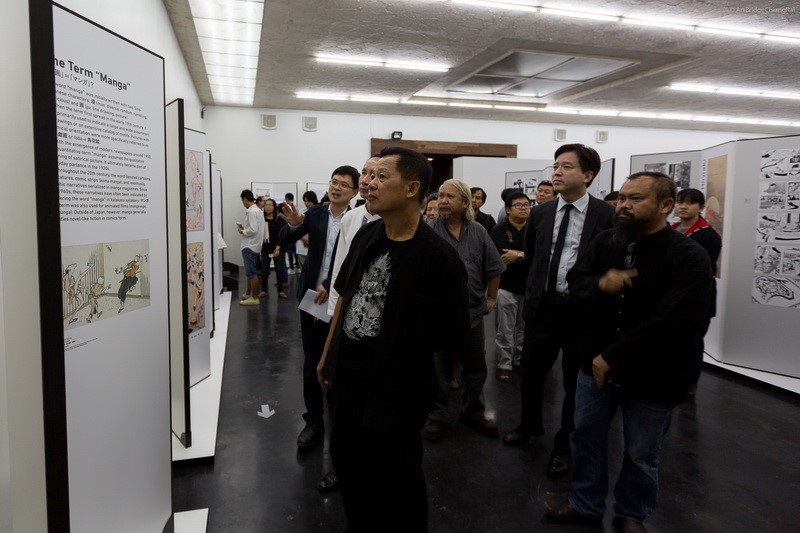 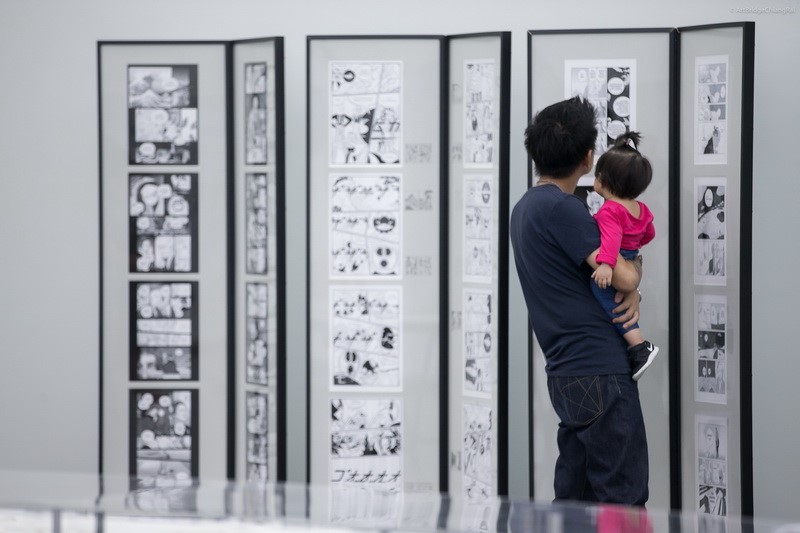 A father and his daughter watched the story of contemporary manga related to Hokusai.

Mr. Praset Palitponganpim, the cartoon columnist and psychiatrist,
gave a talk about the connections between Japanese Manga and Thai cartoons. 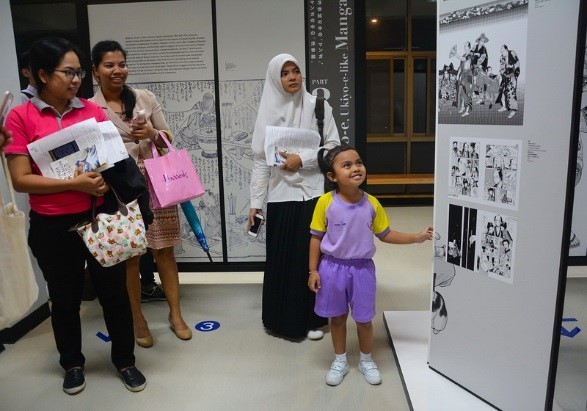 The display of exhibition captured the attention of audiences, especially children. 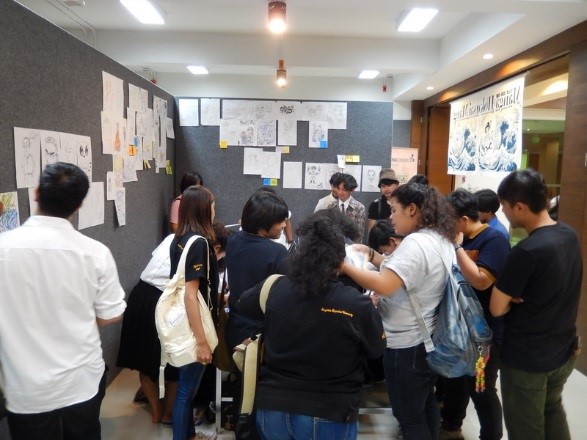 Students gathered to share their impression about Hokusai Manga. 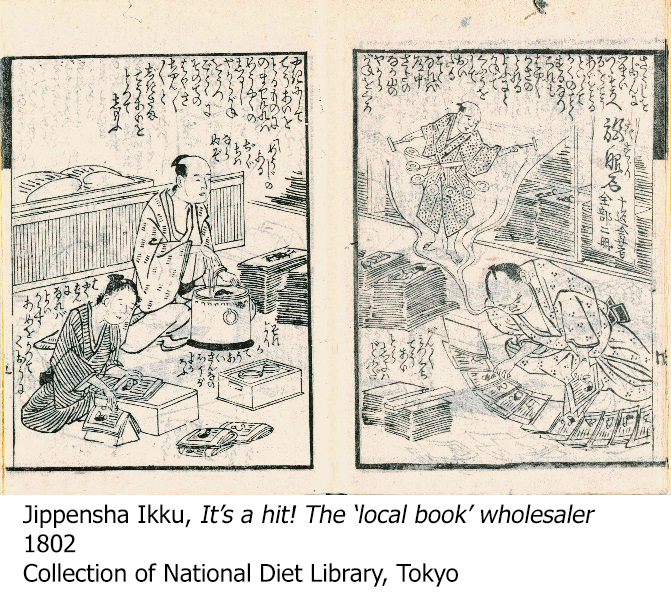 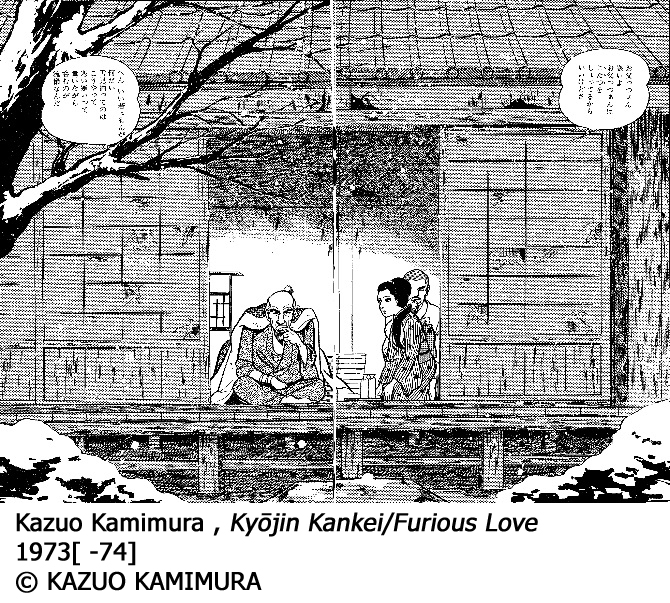 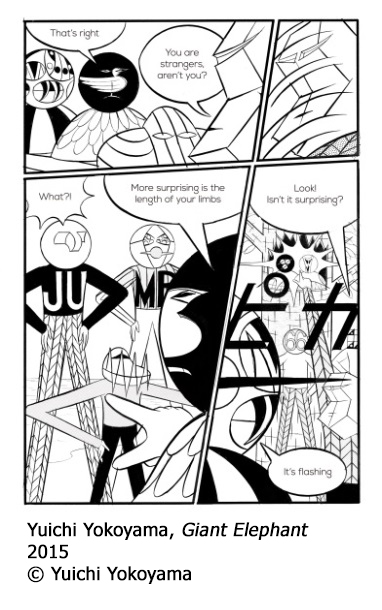 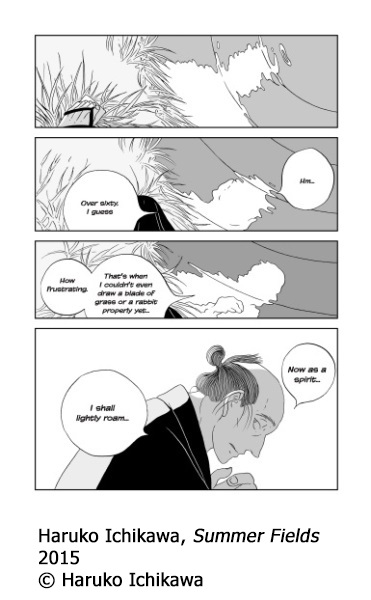