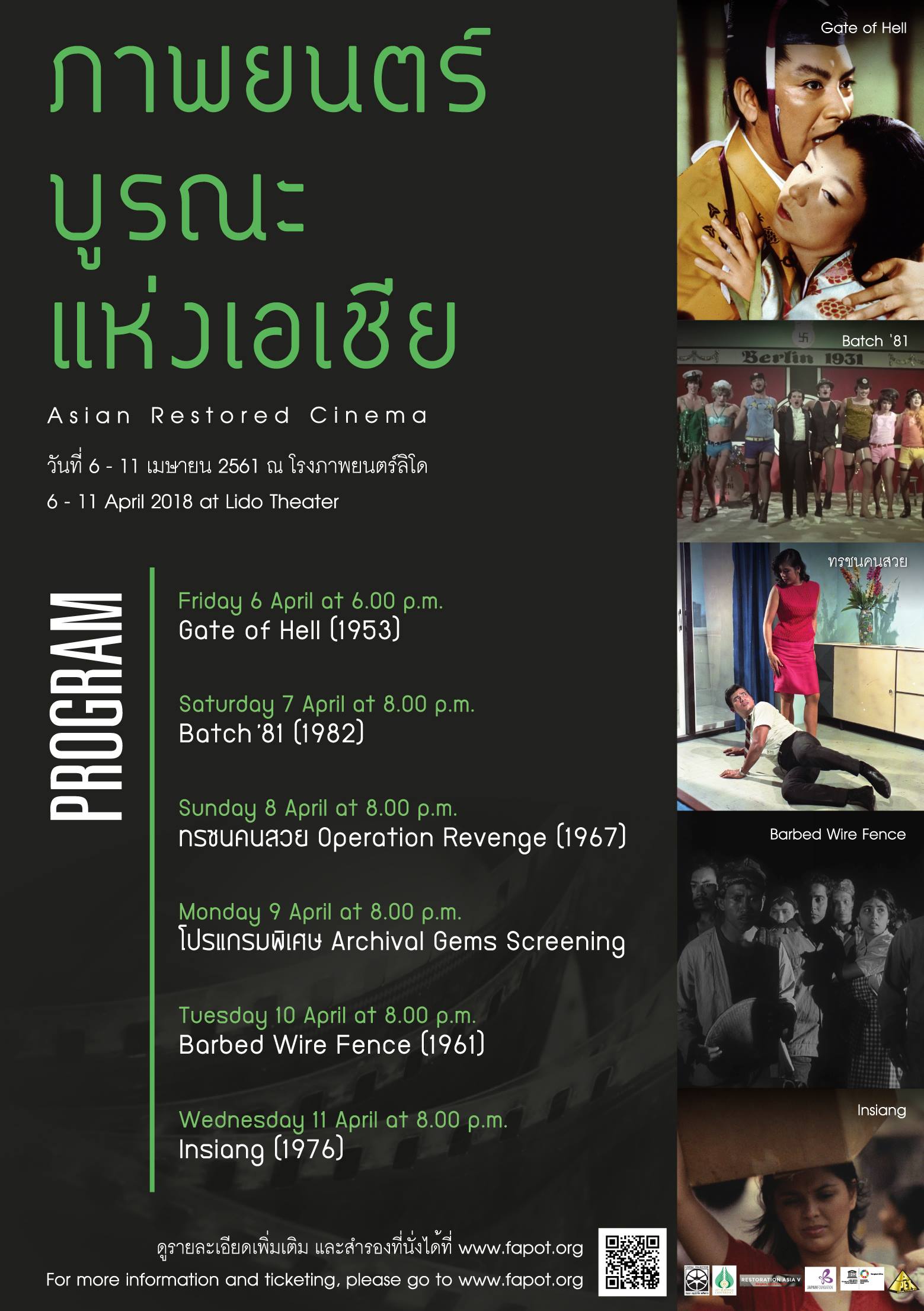 On 6 – 13 April 2018, the Film Archive (Public Organization) hosted the 22nd South East Asia Pacific Audio Visual Archives Association Conference and the Restoration Asia V in order to publicize and create knowledge on audio-visual preservation and be the platform for the audio-visual archivists to develop their skills.

Asian Restored Cinema is the special screening program dedicated to the challenging of archive tasks. They would like to raise awareness of the audio visual preservation through these magnificent restored films.

The Japan Foundation, Bangkok supported the screening of the Japanese film, “Gate of Hell” on Friday 6 April at 18.00 p.m. at Lido Theater. 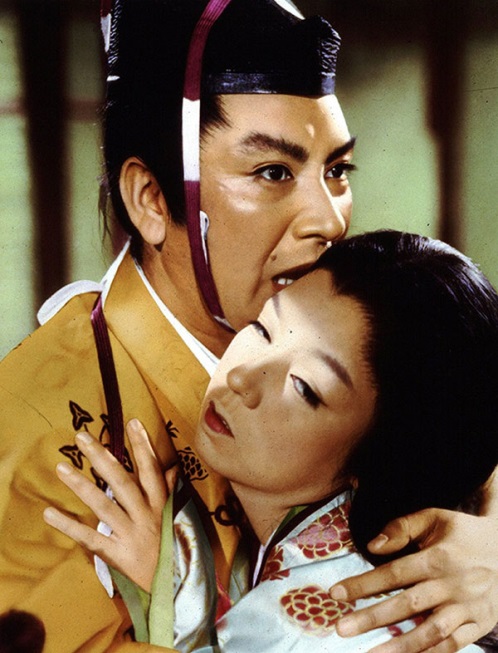 Gate of Hell is the worldwide masterpiece. The director Teinosuke Kinugasa tells the story of a woman’s love and sacrifice to save her husband’s life and her honor. The film is the first color Japanese film to be released outside Japan. With the colorful story and production design, the film won Grand Prix at Cannes in 1954, and Academy Awards for Best Foreign Language Film and for Costume Design in color film in 1955.