Behind the Painting
The solo exhibition by Chulayarnnon Siriphol

Close on Sunday and Public Holidays

“Behind the Painting,” the famed novel of Sri Burapha (Kulap Saipradit), was written in 1937 to relate the tragic romance between Nopporn, a Thai student studying in Japan, and Mom Rajawongse Kirati, a beautiful young lady and progeny of a noble family in Thailand. Kirati escorted Choakhun Atikanbodi, her noble and aged husband, to Japan for a business trip and her feelings were thrown into conflict when she ran into Nopporn who was entrusted by Chaokhun to take care of her. Their love originated from the increasing intimacy and they both fell in love with each other. However, their romance was not possible due to their differing social statuses and ages, thereby resulting in the tragic love story later on. As this novel was apparently embedded with literature values and art which was revealed through the captivating story and beautiful words, it was popularly adapted in TV drama, film, and musical theatre.

In 2014, Chulayarnnon was invited to participate in the Artist Residence Program at the Aomori Contemporary Art Centre (ACAC) in Japan for two months to produce art works for the exhibition of MEDIA/ART KITCHEN AOMORI -Politics of Humor and Play, co-organized by ACAC and Asia Center, the Japan Foundation. Inspired by the novel and his interest to reread the novel, he attempted to overlay this historical novel with the contemporary circumstances to trace and compare each other to seek the joint of story intertwined by the past and the present. Also, Chulayarnnon sought for what was left between the lines which might have been overlooked or hidden “Behind the Painting” by presenting his work through the combination of painting, literature, acting and film. 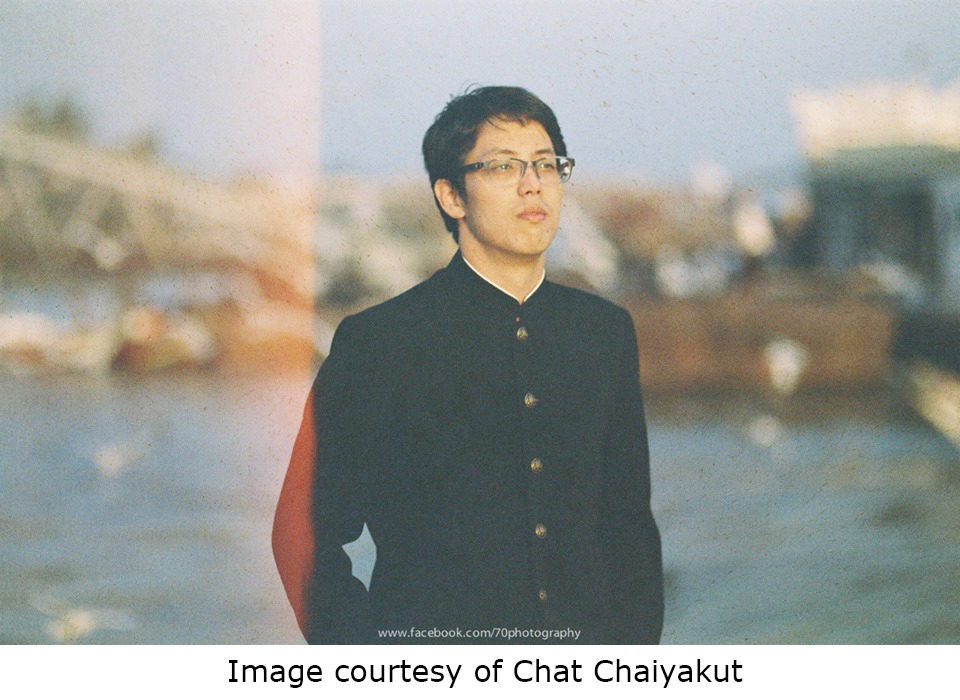 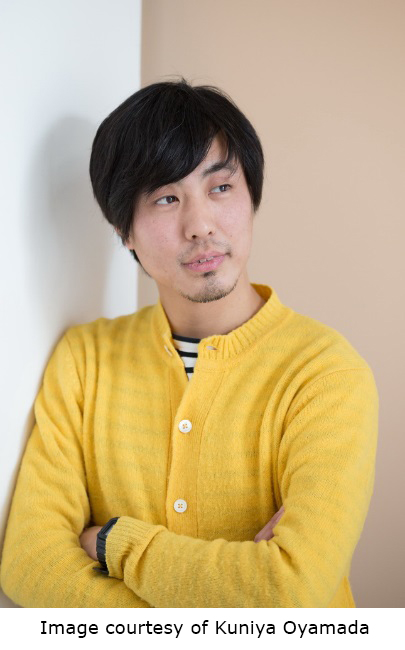 About curator: Hiroyuki Hattori
Born in Aichi Prefecture in 1978, Hattori received MA in Architecture from Waseda University before becoming the curator at Aomori Contemporary Art Centre [ACAC] in 2009. His constant pursuit of “alternative” setups has led to the establishment of art spaces—all known by the abbreviation “MAC”—in Japan and overseas. Recent curatorial work includes Towada Oirase Art Festival “Survive: Time Hoppers on the Earth” (Towada Art Center and other sites in the Oirase area, 2013) and the collaborative project co-curated by 13 curators from 7 countries “Media/Art Kitchen” (Galeri Nasional Indonesia, MAP KL, Ayala museum, BACC, YCAM, ACAC | the Japan Foundation, 2013–14), among others. He is one of the curators for Aichi Triennale 2016. 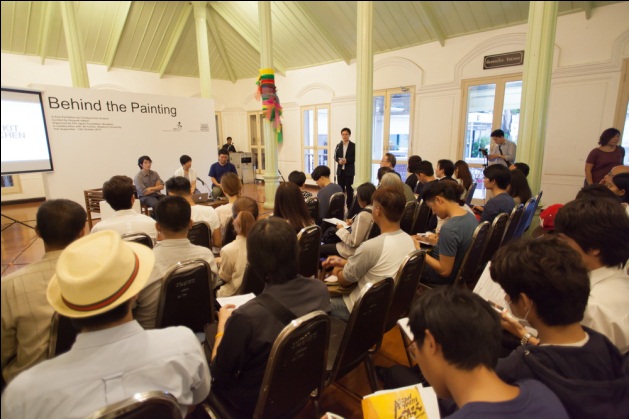 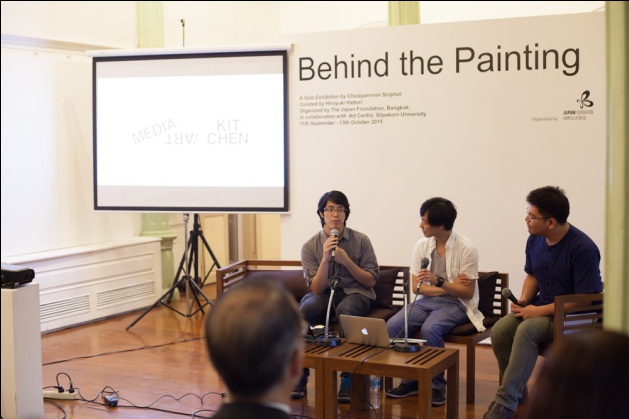 Mr. Chulayarnnon Siriphol, the artist, and Mr. Hiroyuki Hattori, the curator, discussed about Behind the Painting. 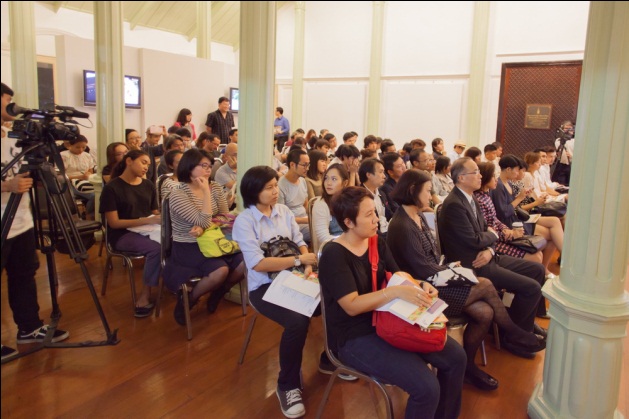 The audience paid their attention to their discussion. 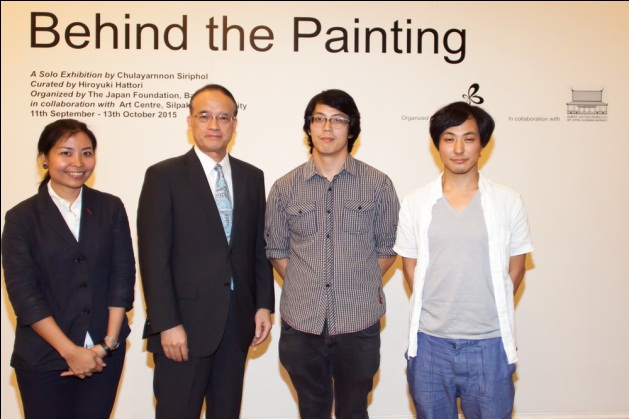 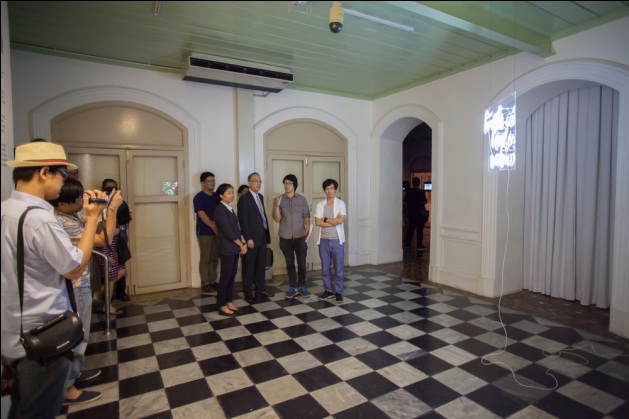 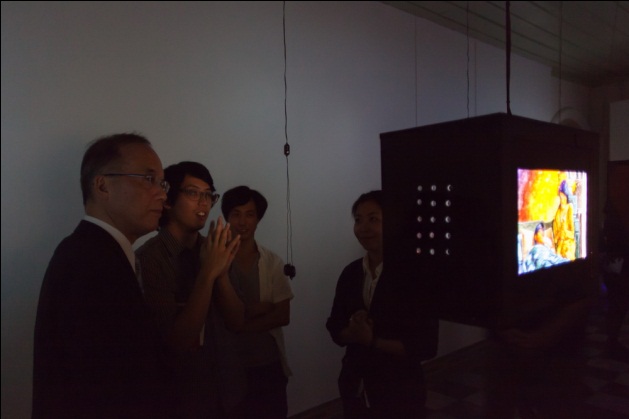 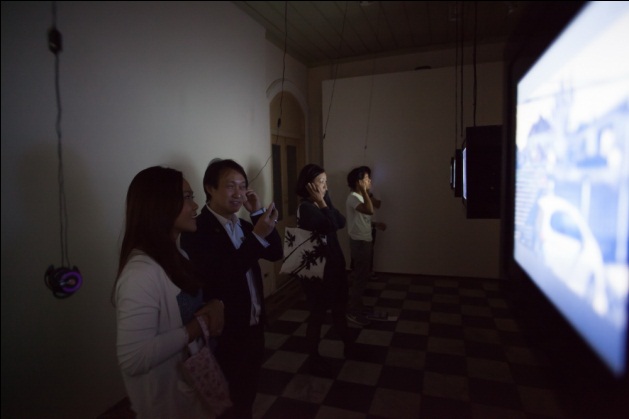 Visitors listened to video installation of the artist. 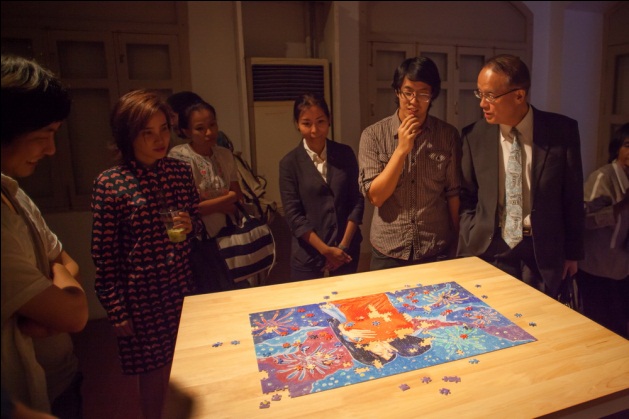 Many others also paid attention to his explanation behind the jigsaw artwork, Incomplete dream. 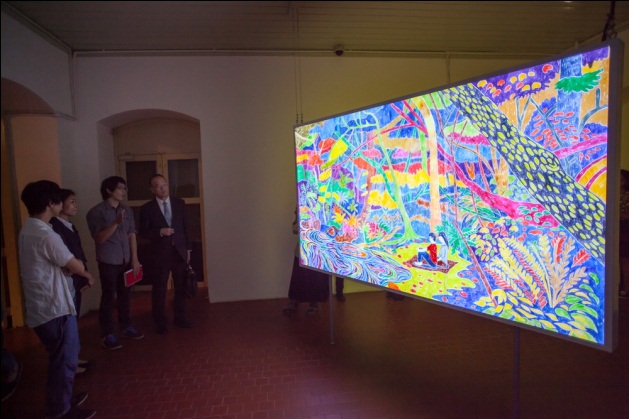 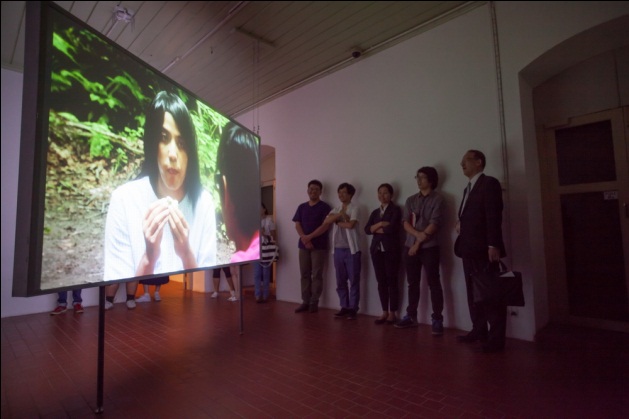 Video installation of Behind the Painting.