“Culture and Diplomacy in the Changing World:

Its Relations, Values and Practices”

Since the early 20th century, especially reflecting upon the experience of the First World War, we humans have made tremendous efforts to bring peace to the world by establishing new institutions both in the international and national levels with an aim to having a diplomatic cooperation and discussions in the international arena with the concept of Internationalism and interconnectedness. As we are all aware, the League of Nations and the United Nations were implemented, which is followed by emergence of a plethora of international organizations. In the national level, on the other hand, cultural institutions such as British Council (BC), Goethe-Institut (GI) and the Japan Foundation (JF) are, including their predecessor institutions, in principal, established in hope of contributing to build peaceful international environments. The missions shared by 3 cultural institutions have been developed in accordance with the concept of Internationalism and interconnectedness by promoting mutual understanding and cultivating favorable cultural relations among states and nations.

However, such cultural institutions as BC, GI and JF are, currently, exposed to at least two immense pressures; involvements in the war of propaganda amidst the rise of nationalism and difficulties in assessing the effectiveness of cultural projects.

With this background in common, academic experts on international relations as well as cultural practitioners and professionals will explore the role of culture in the terms of diplomatic endeavors especially in the context of the current world situations. We do hope our discussion will inspire those who are interested in international relations culture and diplomacy, from diplomats, cultural experts and practitioners to the general public so that they can think further about the possibility of international cultural practices beyond the dichotomy of internationalism and nationalism.

We hope that this symposium will provide insight into the cultural diplomacies and promoting international cultural relations of three respective countries in the current changing world, and it will inspire the participants to be more exploring into their future collaboration and development.

The symposium is FREE admission but advanced reservation is highly recommended via this form https://bit.ly/2V9jKnL 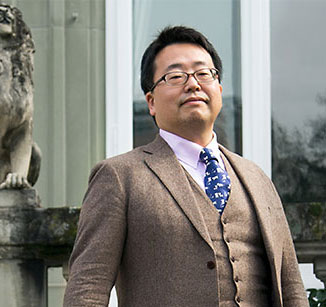 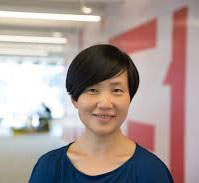 Dr. Xin Gu is an expert appointed by UNESCO 2005 Convention on the Protection and Promotion of Expression of Cultural Diversity (2019-22). She was director of the Master of Cultural and Creative Industries (MCCI) at Monash University in Australia (2018-19). She has published widely on urban creative clusters and agglomerations, cultural work, creative entrepreneurship, cultural and creative industries policy, media cities, maker culture and cyberculture. Xin has worked with policy initiatives in the UK, China and Indonesia to support small-scale local creative industries development services. Her work focuses on the transformation of creative cities and the creative economy under different social, economic and political conditions. Xin’s current research concerns the digital creative economy, looking at the democratization of creativity through vast transformative digital media ecosystems. Her recent publications include Red Creatives (Intellect, 2020) and Re-imagining Creative Cities in Twenty-First Century Asia (Palgrave Macmillan 2020). 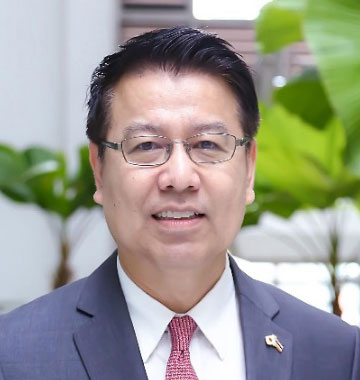 He received his B.A. from Thammasat, an M.A. from Keio University and a Ph.D. from the University of California, Berkeley. His areas of interest include international relations in East and Southeast Asia, Japanese politics and foreign policy, and ASEAN. He taught International Relations in Southeast Asia as a visiting professor at the University of California, Berkeley, and also gave special lectures at Peking University, Waseda University, Yonsei University, Korea University, ANU, and the University of Munich. In addition, Kitti is regularly invited to speak at international symposium, including at Columbia University, Nikkei Forum, Beijing Forum, and Jeju Forum.  Aside teaching, he is Vice Rector for International Affairs and Associate Professor of Political Science at Thammasat University in Thailand.  He serves as an advisory committee for the Asia Center under Japan Foundation, which promotes exchange between Japan and ASEAN. He is also a committee of the International Studies Center at the Thai Ministry of Foreign Affairs, and a former strategic committee at the Thai Ministry of Defence (2014-19). 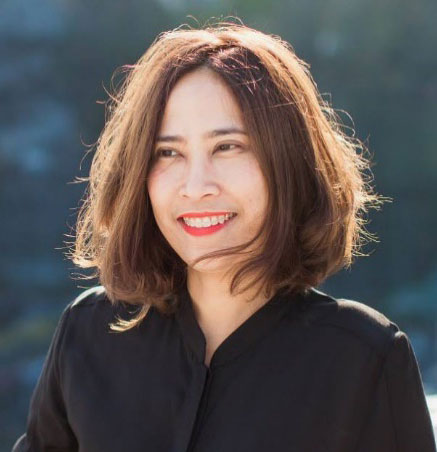 Natthanan received BA in International Affairs and German Language from Thammasat University. Having won Leeds-ASEM Chevening Scholarship, she studied MA European Politics at University of Leeds, UK and further won Thai government’s funding for doctoral degree at the same place.  Currently, she is a full-time professor and the Director of the Centre for European Studies and the Interdisciplinary, Department for European Studies, Faculty of Political Sciences, Chulalongkorn University. She is also an editor of Journal of European Studies and Newsletter of European Studies. In 2012, she received the certificate on Comparative Regionalisms from American University, USA and Central European University, Hungary. Natthanan was awarded the European Union Jean Monnet Chair Professorship, the first Thai and ASEAN to be titled this honourable professorship in 2016. Her recent works for example including studies and researches on political and economic transformations of Eastern European countries, particularly the Former Yugoslavian countries, and “Normative Power Europe”. She is now doing the research projects on “Innovation diplomacy” and “A Study on International Security through Public Diplomacy: Thailand’s International Strategy with the United Kingdom and the European Union” supported by Thai governmental funding agencies. 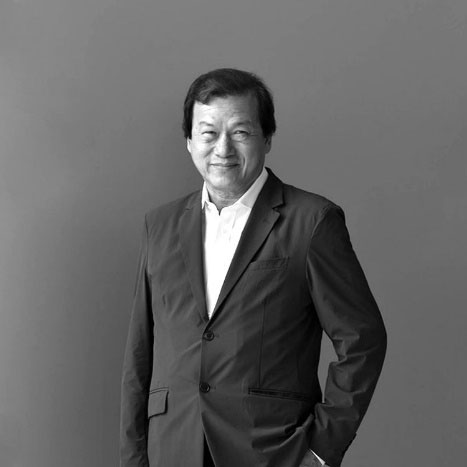 Prof. Dr. Apinan Poshyananda received his bachelor and master degree in Fine Arts from Edinburgh University and Ph.D. in History of Art from Cornell University. He served as Director-General, Office of Contemporary Art and Culture, Director-General of Cultural Promotion Department and, the Permanent Secretary and Acting Minister, Ministry of Culture (Thailand) when he was to commission and curate the first Thai Pavilion at 50th Venice Biennale. He has curated and directed international art exhibitions including Contemporary Art from Asia: Traditions/Tensions (1996, Grey Art Gallery, Queen Museum of Art, and Asia Society Galleries, New York); Traces of Siamese Smile: Art + Faith + Politic + Love (2008, Bangkok Art and Culture Centre), Thailand Eye (2015, Saatchi Gallery, London and BACC). He is a committee member of the Asian Cultural Council, New York; Solomon Guggenheim Museum, New York; Board of National Gallery, Singapore; Board of Foundation of BACC; and Advisor to President and CEO, Thai Beverage Plc. 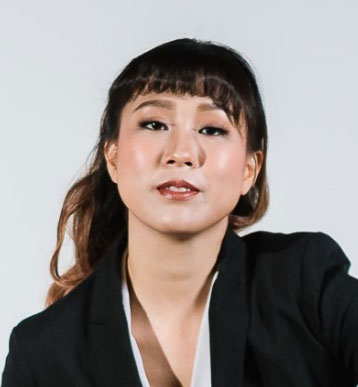 Ms. Sasapin is a core member of B-Floor Theatre alongside being an independent theater artist and producer. She began acting in 2005 while studying at Chulalongkorn University, where she received her M.A and B.A in English Literature. She was awarded Best Performance by a Female Artist in 2017 by the Theater Critics Association Thailand (IACT) for her work Oh! Ode (Oh! What Joy, What Goodness, What Beauty Calls For Ode No.7012), a performance art piece exploring political implications within Thai traditional art forms which later was invited to present at the 4th Berliner Herbstsalon by Maxim Gorki Theater, Berlin. Sasapin has taken the role of Artistic Director of Bangkok International Performing Arts Meeting (BIPAM) since 2018, and has co-founded Producers of Thai Performing Arts Network (POTPAN). 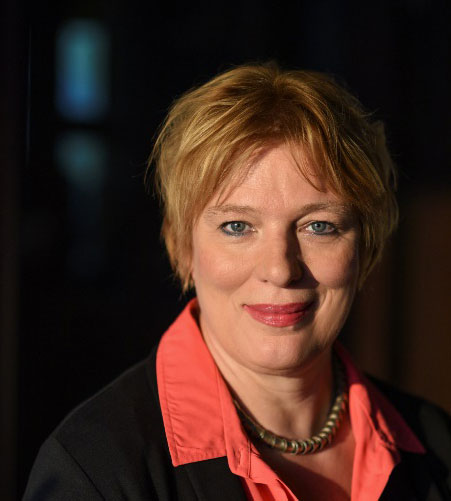 Born in Bremen, Germany, Maren Niemeyer studied journalism, German philology and film theory in Paris and Berlin. She has worked as a journalist, editor, documentary filmmaker and producer for national and international radio and TV channels, mainly for ARD, ZDF, DW-TV and the German-French cultural channel ARTE. In 2007, Maren produced the ARTE/ARD Documentary-Series about the magic hippie trail to Kathmandu in the late sixties and she produced a worldwide broadcasted series about the Myths of German Design for Deutsche Welle TV in 2008. From 2008 to 2009, she was a Commissioning Editor for the Documentary Film department of NDR/ARTE. From 2010 to 2016, she was Program-Coordinator for the Film-Department of the Goethe-Institut Headquarter in Munich. Since July 2016, Maren Niemeyer is the director of the Goethe- Institut Thailand. 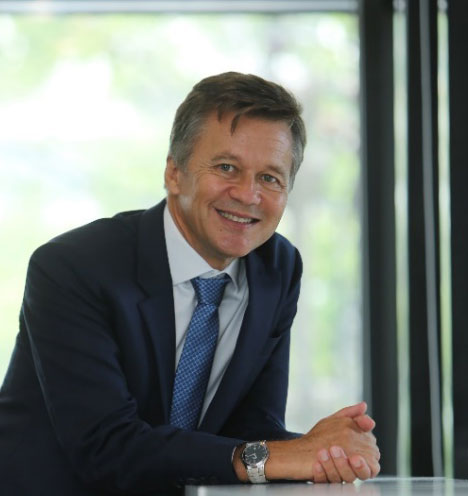 Andrew Glass has been with British Council for 30 years. Before he moved to Thailand, he worked alongside multinational colleagues in eight countries; namely Spain, Italy, Slovenia, Germany, UK, Serbia/Montenegro and Kuwait. A genuine believer in how cultural and educational relations bring people and countries closer together, Andrew has catalysed positive changes everywhere he has worked. Since he moved to Thailand in 2014, he has been working closely with the public and private sectors to create opportunities for people by raising levels of English, internationalising higher education and science and supporting the creative economy in Thailand. Andrew was appointed Officer of the Most Excellent Order of the British Empire (OBE) in the 2012 UK New Year’s Honours List. He has a Bachelor’s Degree in German & Politics from Bristol University, during which time he spent a year at Konstanz University in Germany. He has an MA in Applied Linguistics/Teaching English from Aston University and a Diploma in Management from Henley Management School (University of Reading). 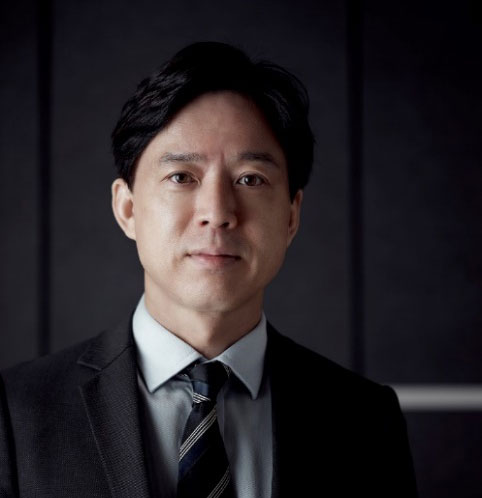 After graduation from Faculty of Letters, Arts and Sciences, Waseda University, he started his career in the Japan Foundation. From 1999 to 2004, he moved to Bangkok as an Assistant Director managing cultural events such as Japanese film festivals, arts exhibitions and stage performances. Yoshioka earned M.A. in International Economics and Finance from Chulalongkorn University in 2008 and was Deputy Director of the Japan Foundation Center for Cultural Exchange in Vietnam from 2010-14, followed by the service as Deputy Director, Arts, Culture and Exchange Section I & II, the Japan Foundation Asia Center in Tokyo. Since April 2016, he is the Director-General of the Japan Foundation, Bangkok. He was a regular member of the Cool Japan Movement Promotion Council by Cabinet Secretariat, Government of Japan from April – August 2014. His publications include (As a translator) “Zayu no Nippon” [Lit. My Desk Side Japan], Prabda Yoon, Typhoon Books Japan, 2008; “Chikyu de Saigo no Futari” [Last Life in the Universe], Prabda Yoon, Sony Magazines, 2004; (as a co-author) “Tonan Asia Bunka Jiten” [Lit. Encyclopedia on Southeast Asian Cultures], Nobuta Toshihiro et al., Maruzen, 2019; “Asia Eiga” [Lit. Asian Films], Yomota Inuhiko et al., Sakuhinsha, 2003.